The PSP had a patchy year, with games that really pushed the envelope in terms of the console's processing power, but rather slim pickings overall. The PSP-slim and 3000 series added performance boosts, and developers were keen to show off what they could do. This resulted in prettier, heavier games that got even closer to console quality, and promised much for the future. 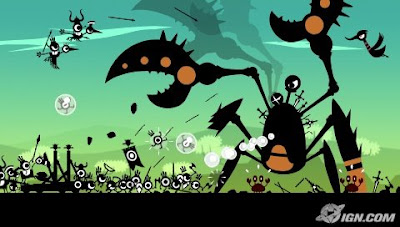 This crazy, laugh-out-loud percussion-rhythm game was a surprise hit on the PSP, featuring superb visuals, deceptively deep strategic elements, great music, and addictive, innovative gameplay. Oh, man, that craaaazy beat! Pata-pata-pata-pon! It took weeks to get it out of my head. 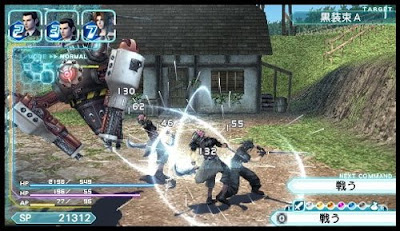 The long-awaited debut of the Final Fantasy franchise (nope, Advent Children doesn't count. Games only, sorry.) on the PSP was a mixed bag. It was one of the most visually impressive games on the PSP, ad featured an engrossing story, great characters and fun combat. Not everyone agreed with the leveling-up system, though. 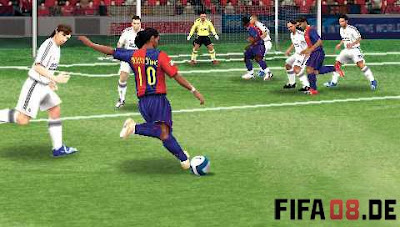 The definitive football title on a handlheld system, FIFA 09 finally settled the argument by including phenomenal graphics, flawless and realistic gameplay, and the usual FIFA slew of official licenses and gameplay modes. PES 2009 wasn't bad either, but FIFA is now 'Campione del Mondo'.

BossFight PSP Game of The Year 2008

God of War : Chains of Olympus 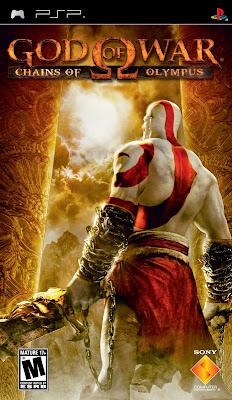 What can we say about Chains of Olympus? That it was far and away the best looking PSP game? That it featured all the classic, furious God of War action in such a small package? That it successfully adapted the PSP's one-stick control scheme to God of War without sacrificing any of the gameplay? Focusing on any one aspect would be akin to standing in front of the Taj Mahal, and then proceeding to praise the qualities of some individual column. This, simply put, is the best PSP game. Period. 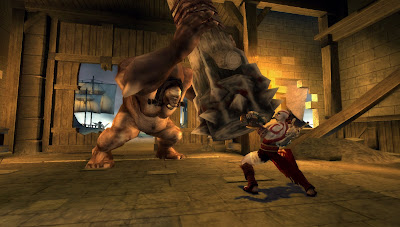 If Chains of Olympus is any indication, then it is definitely possible to have near-console quality action adventures on the PSP, and this should lead to a virtual parade of top-notch games for Sony's handheld. Well, we're waiting, developers. Hit us in 2009.

Posted by Anand Ramachandran's Evil Twin at 3:24 AM