The mobile platform continues to grow in relevance as a true-blue option for great gaming, and 2008 saw some great leaps forward.

Earlier on Bossfight, we took a look at certain aspects of the mobile gaming scenario. Here's the post.

Gameloft managed to drop our jaws with the mobile iteration of Assassin's Creed. Featuring the wall-scaling, rooftop-leaping, swashbuckling gameplay of its console cousin, Assassin's Creed HD is great news for gamers looking for a fuller, more hardcore experience on mobile phones. 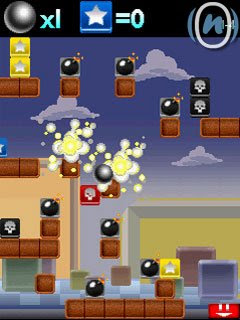 Steven Spielberg's Boom Blox was a surprise hit on the Wii in 2009, wowing everyone with it's accessible and devilishly addictive puzzle based gameplay. The mobile version was also great, with separate versions for Java and N-gage. You had to launch a ball to knock over different kinds of blocks (exploding blocks time-bombs, chemical blocks) to score points. This is way more fun than it sounds, trust me. The short, addictive puzzles made Boom Blox ideal for on-the-go gaming, and the level editing tools in the N-gage version were also a good step towards UGC on the mobile platform. 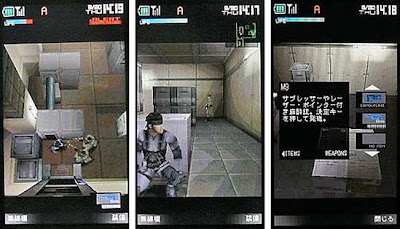 The first truly heavyweight license (other than the disappointing FIFA 09) to make its way to the N-gage, Snake's first outing on NOKIA's platform was an exceptional game in every way. Featuring the best graphics on the N-Gage yet, the trademark MGS gameplay translated surprisingly well to the miniscule screen and controls of the mobile phone. It also featured some neat uses of the mobile phone camera – where you could point the camera at any real-world object to choose a texture for Snake's camo-suit. Let's hope the success of MGS mobile encourages other publishers to bring great franchises to N-gage. GTA mobile? We can hope. 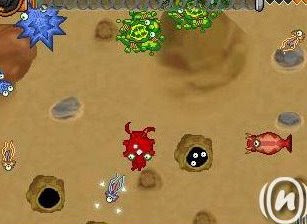 Basically just the cell stage from Will Wright's PC hit Spore, Spore Origins was an engaging mobile game that also added a feature where you could upload your creations from the mobile version and then download them for use in the PC game – a cool idea which shows how integration between platforms can be implemented in interesting and relevant ways. The iPhone version featured the best controls – you guided your creature by simply tilting your phone, and the coolest feature, where you could click any photo and use it as a texture for your creature's skin.

BOSSFIGHT MOBILE GAME OF THE YEAR 2008

Reset Generation energized the N-Gage platform with its insane multiplayer gameplay, crazy power-ups and weaponry, and cast of colourful characters – perhaps the funniest and most challenging multiplayer strategy game since Worms. It was a lovingly crafted parody and homage to the cult of gaming, featuring caricatured versions of videogame superstars such as Mario, Master Chief, Lara Croft and Sonic spewing ridiculous lines such as “I plumber! I fix toilet, I save princess!”.

All this would be of no use if Reset Generation wasn't a good game – but it is just that, and much more – it's a genuinely great game. Featuring a host of game mechanics that were completely original, this is a strategy game that is challenging, fun and truly hardcore, belying its cutesy-pie graphics. Perhaps the greatest tribute to Reset Generation is that we can't quite say “It reminds us of X game or Y game”. In an age of me-too game designs, that's praise of the highest order.

Importantly, you could play on your mobile against a friend who was playing on a web browser – the cross-platform multiplayer gameplay making sure that the game wasn't limited to people who owned an N-Gage compatible phone – a farsighted and laudable move from NOKIA. Reset Generation released in August. We're still playing it. Word.

Here's our original review of Reset Generation – where we tell you in detail why it's so special.