Everybody's favourite little white box had an unusual year – featuring some big-name Nintendo licenses as well as a number of innovative third party titles. This is the year third-party developers really took to the Wii, rivalling Nintendo in the quality of games they delivered – no mean task. It continued to be the largest selling console, and shows no signs of slowing down. 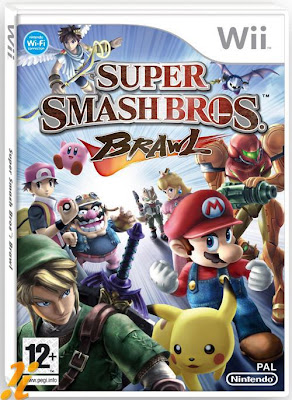 This is the 'Crisis on Infinite Earths' of the Nintendo universe. Featuring every conceivable character, and then some, fighting out in an assortment of zany arenas using the usual Smash Bros arsenal of insane moves, Brawl was the top fighter of the year by some margin. Watching Wario fart on Solid Snake and then run over him with his bike counts as one of the greatest gaming moments ever. 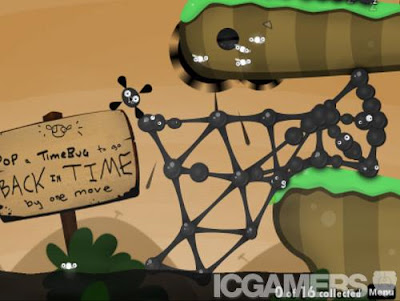 World of Goo was another delightful example of an independent developer hitting the big-time with a top quality, original and imaginative game. 2D Boy delivered a mind-boggling physics-based puzzler featuring sticky goo-balls, balloons, spikes and all manner of challenges that are too bizarre to describe in a short paragraph. The first truly must-have WiiWare download that isn't a remake, World of Goo is a pointer to the kind of amazing games we can look forward to from smaller developers in the coming years.

BOSSFIGHT Wii GAME OF THE YEAR 2008 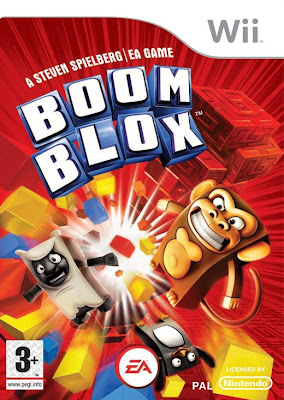 Whether he's creating terrifying monsters, telling touching stories, or showing us how the Wiimote can be used to create an intuitive and addictive puzzle-based game for the Wii, Steven Spielberg is, to put it mildly, teh_pWnzor. Boom Blox is the best, most natural-feeling use of the Wiimote yet. As you throw balls at towers of stacked blocks, making them tumble this way and that, and rack up combos to score points, you'll realize that this is what the Wiimote was invented for – games where the interface is so intuitive that it practically disappears, leaving just you and the game. Removing the layers of abstraction involved in controlling a game is a challenge that needs to be overcome if gaming is to move beyond niche into the true mainstream. 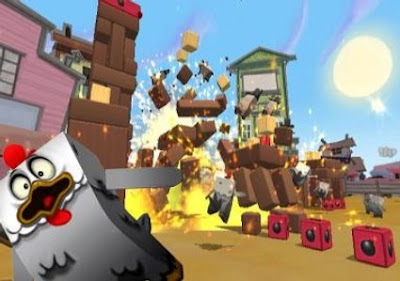 And Boom Blox is important for this reason more than any other. It's an eye-opening experiment into intuitive control schemes that can draw people into a game, as opposed to abstractions that need to be mastered before a game can be enjoyed. This was the great promise of the Wii, wasn't it? That we could perform actions in-game like how we would in real life? That's a promise that hasn't been fulfilled yet, but Boom Blox goes some way towards it. Here's hoping that more developers find ways to integrate Wiimote controls to give us natural-feeling game interactions that make us feel more like we're in the gameworld. 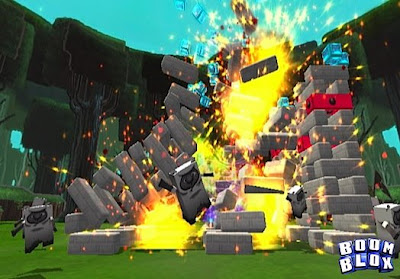 Plus, Boom Blox is not only about technology – it's addictive, charming and challenging, and great fun to play with friends and family. Hundreds of addictive puzzles will keep you entertained for the longest time. Just the sort of game that we like to play on the Wii, and without question BossFight's Wii game of the year.

Posted by Anand Ramachandran's Evil Twin at 2:58 AM