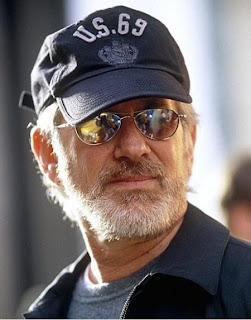 Who says the movie industry is full of pretentious, ignorant n00bs who will gladly faff about videogames without even playing a single one? We do, that's who. Like Roger Ebert and Rashid Irani.

But, unlike these morons, Steven Spielberg showed us that he's teh_2347 d34l. By creating the wonderfully refreshing and addictive Boom Blox, for the Wii and mobile platforms. Boom Blox proved to be one of the best uses of the Wiimote ever. It's intuitive, imaginative gameplay showed the way to attract more audiences to gaming - by creating accessible, original and fun games as opposed to lazy adaptations of board games or drab me-too clones of Bejewelled.

Boom Blox, besides being a great game in its own right, is more important than is immediately obvious. Its game mechanics and control scheme lend themselves to cloning in a very basic way, in that these can be used to vastly improve the way we interact with many different kinds of games. True, several games have attempted this in the past, but never before has using the Wiimote to interact with 3-D objects with plausible physics felt as absolutely natural as it does when grabbing, throwing, pushing and pulling the Blox in this marvellous game.

So take a bow, Mr.Spielberg. For showing us that when it comes to understanding how to entertain people in ANY medium, you're the man.