The hidden hardcoreness of casual games.

Farmville. Mafia Wars. Even if you've never played them, you've surely been annoyed by those incessant updates and notifications – it's like you're the only one among all your friends who isn't playing at least one of these games on facebook. They're taking the world by storm, and converting millions of people who don't normally play computer games into complete addicts.

At first glance, you'd probably be quick to identify this as a 'casual game' revolution, and assume that these games are successful because they're very different from the more traditional 'hardcore' games that none of your Farmville-playing friends would ever play. There are hardcore games and casual games, right? Hardcore gamers don't play casual games, and vice-versa, right?

A closer examination actually shows that this may not be completely true, after all. Take a long, hard look at Farmville and Mafia Wars – they both take core gameplay concepts from established games and genres in the hardcore space, and adapt them to appeal to casual gamers. Welcome to the new 'gaming', folks, where the lines between hardcore and casual are getting blurrier, and everyone has more fun. 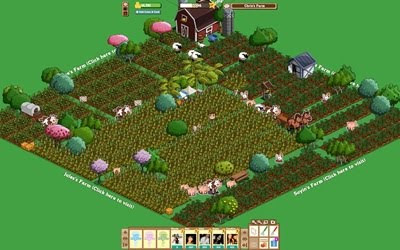 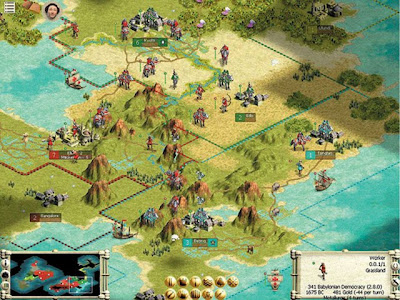 Both Farmville and Civilization are games where you use up resources to improve tiles, which in turn generate better resources for further improvements, in an endlessly fun loop.
Take Farmville, for instance. You start off with a small patch of land. You keep improving it. As you improve it, you get more resources, which can then be used to build better improvements, which lead to more resources, and so on. Sounds familiar? It is – because Farmville could well be gaming heavyweight Civilization in a friendly and casual disguise. Farmville's gameplay features a neat 'subset' of the gameplay found in any tile-improvement based strategy title, the most famous of which is Civilization. Both games give you visual feedback of your progress – you see your small, empty patch of land grow into a nice, lush, thriving farm (or a sprawling global civilization). Yes, Civilization is far deeper and more complex than Farmville, but yet, at their core, they are both very similar games, demanding similar skills and being fun for similar reasons.

Mafia Wars borrows its core gaming system from another hugely successful, and possibly most hardcore genre of them all, the role playing game. Think about it – Mafia Wars essentially consists of levelling up your stats and becoming more powerful, gaining cool new equipment as you progress, getting more loot to buy more powerful items, and fighting enemies. Exactly like a traditional hack and slash RPG, such as Diablo, Wizardry, or any Dungeons and Dragons based game. Even the combat is almost exactly similar – victory or defeat is decided in terms of mathematical calculations based on the various attributes of the two combatants. Sure, Mafia Wars doesn't play nice animations when you fight an opponent, but that's just fluff. Any true RPG fan knows that it's the number crunching that counts. Again, it's clear that it's a simplified and more accessible version, but it's undoubtedly a role-playing system that appeals to its fans for the exact same reasons that Diablo does.

The designers of these games have simply taken great, proven gameplay models and given them a shiny new coat of fun, friendly paint – making the games easy and accessible in terms of subject matter. But it's undeniable that, at their core, these new wave casual games have truly hardcore gaming DNA.

It's actually easier to understand this phenomenon if we take a short trip down memory lane, and look at the evolution of gaming into 'hardcore' and 'casual' streams. When computer games first started seeing commercial success, the concept of a 'hardcore' game didn't exist. The early games from Sierra, Infocom, Origin and Microprose were just that – games. The people who bought and played these titles with so much enthusiasm wouldn't fit today's definition of hardcore gamers – most of them were playing and falling in love with games for the first time. Games like Civilization and Ultima were among the most successful of the time, and people didn't complain that they were too 'hardcore'. First time gamers simply adored the gameplay, just like they now adore Farmville and Mafia Wars. See a pattern emerging?

As the gaming industry grew, game developers started making games harder and more complicated, packing in more features and complex control schemes and harder difficulty levels. This suited long-time fans looking for more from sequels to their favourite franchises, but before long, the trend distanced first-time gamers who were put off by the overwhelming complexity, confusing controls and high difficulty. The 'hardcore' game was thus born.

And when people stopped buying games because they were too hardcore, the industry, instead of looking to the past for lessons, decided to create a completely new category they called 'casual' games, which mostly consisted of pattern matching, puzzles, and simple reflex based gameplay.

The two streams thus caused a completely needless divergence, and created an artificial divide among gamers – the hardcore would scoff at the casual, and the casual would ignore the hardcore. Of course, a few classics like Tetris and Peggle managed to appeal equally to both segments, but by and large, both segments of gamers missed out on the joys offered by the opposite side.

However, luckily for us, the division couldn't be kept up for too long. Casual gamers started discovering old classics like Pac-Man and Defender which are among the most hardcore games ever made. The hardcore set was charmed by the genius of developers like PopCap, and began demanding minigames and such diversions in their gaming diet. Nintendo pitched in happily, with the DS and the Wii cheerfully breaking down all manner of barriers. Hardcore driving games such as Forza Motorsport added features that made it fun even for the most casual of players. And social networks have given games like Farmville the chance to recreate gaming's happy history all over again.

Which just goes to show that great gameplay is great gameplay – whatever the audience. The only barriers to a fundamentally good game appealing to a player (whether hardcore or casual) are difficulty and accessibility. A game like Farmville worked with the casual crowd because you were improving a farm, not a space colony like in Alpha Centauri. Tell the hardcore set that, in Bejwelled, you're actually trying to unlock a secret gem puzzle code that contains an ancient secret, throw in the words 'rune', 'dragons' and 'quest', and they'll be playing for hours together. Once you have the gameplay, the packaging decides who your audience is.

This happy convergence of hardcore and casual games will hopefully lead to a significant migration of players in both directions, encouraging more people to try and buy games in greater varieties and numbers, creating a truly mass market for videogames. And then, the fun can begin in right earnest.
Posted by Anand Ramachandran's Evil Twin at 3:31 AM 1 comment:

Email ThisBlogThis!Share to TwitterShare to FacebookShare to Pinterest
Labels: design

Beating The Mythology Hangover : My talk at the NASSCOM Game Developer Summit

As promised - here are the slides I presented during my talk entitled 'Beating The Mythology Hangover' at the NASSCOM Indian Game developer Summit on November 7th at Hyderabad.

For those of you interested in more details, Gaming Xpress has the full details here. The reporter has taken a few liberties with interpreting exactly what I said, but it's mostly accurate and fairly comprehensive, if not always grammatically immaculate  :)

I was also on the Jury for the gaming super pitch. Gaming Xpress covers it pretty well, so I won't go into the details of the event.

Do feel free to get in touch if you'd like any more details on the presentation, or couldn't catch up with me at NASSCOM.
Posted by Anand Ramachandran's Evil Twin at 3:05 AM 5 comments: