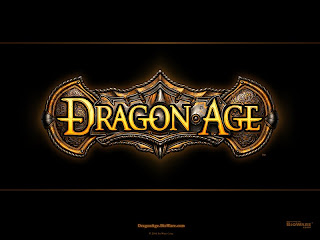 It's been five years since I played a great Bioware game.

Star Wars : Knights of the Old Republic was a classic role-playing game that did everything right in true Bioware fashion. Great writing fleshed out one of the greatest videogame stories ever, and brought to life a cast of unforgettable characters. And it was an unqualified success, selling over a million copies since release.

Before that, Baldur's Gate 2: The Shadows of Amn marked Bioware's most triumphant moment yet – arriving as a role-playing epic that was quite unlike anything gamers had seen. It remains one of the finest games ever made, and, in my opinion, no other game, except possibly the recent Grand Theft Auto IV, has achieved the scale of storytelling and character development seen in BG2. It was THAT good.

However, of late, it's been disappointing. Jade Empire was a decent enough game, but as a follow-up to KOTOR it was underwhelming. The much hyped Mass Effect was an even greater disappointment. Although it was undoubtedly a return to form for Bioware in terms of storytelling, the role-playing experience was nothing short of woeful. The combat was so-so, the character advancement system was uninteresting, and the less said about the awful items and inventory, the better.

But now, there's Dragon Age : Origins. And I have a good feeling about this.

With Dragon Age, Bioware returns to the fantasy setting they haven't done since Neverwinter Nights. However, it will be a wholly original universe that the creative team is creating from scratch – an exciting new twist on regular fantasy staples, we hope. 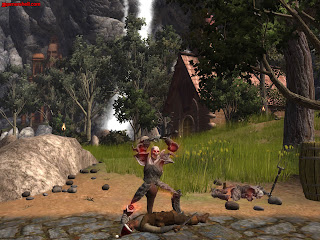 My concern is not with the quality of the universe, however – Bioware has that part of it down pat, and we're certain that Ferelden will be a great place to adventure in, full of thoughtfully created characters and terrifying beasts. 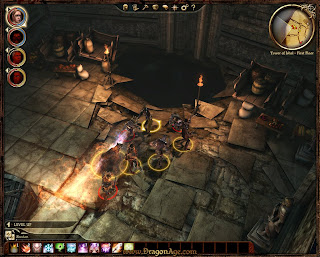 Indeed, my attention is focused squarely on role-playing and combat, and there's precious little information available on these aspects as yet. But the information that is floating around the interwebs is extremely interesting.

Firstly, you choose a specific 'origin story' for your character, which impacts where you begin the game. A dwarven commoner would start off on the city streets, and a human prince would start off in a castle. You would then follow your own unique path through the gameworld, your fates criss-crossing with those of other characters in the game. This idea of 'multiple viewpoints' for the same story excites me no end – and if anyone can pull it off, it's got to be Bioware. 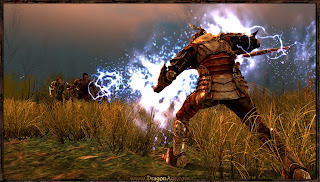 The 'Spell-Interaction' feature seems cool as well, where the effects of spells actually influence one another. For instance, you could actually extinguish a fireball by casting an ice storm, or protect yourself from a meteor shower by invoking a force field. This, if it makes it into the final game, will make for some spectacular and wholly new strategies in mage battles.

Bioware has also promised that the combat will be a 'next-gen evolution' of the pause-and-play tactical combat systems from older games. Of course, with a 3-D camera that can zoom into and out of combat, you could line up your orders, and then zoom in to catch the action up-close. Old Infinity Engine die-hards, I can see your mouths watering now.

Here's hoping that Dragon Age will mark a return to classic PC fantasy role-playing for the hardcore faithful, instead of the oversimplified cakewalks that we've been getting of late.

Posted by Anand Ramachandran's Evil Twin at 6:43 AM