Finally, after years of waiting, we have next-gen games.

Sure, we've had a whole bunch of games with Next-Gen production values. Bioshock, Halo 3, MotorStorm, Heavenly Sword and a bunch of others were eye-popping games that were great to play, but didn't really take gameplay forward in any significant way. Nintendo's Wii and DS systems ushered in control schemes that were unique and innovative – but we're still to see games that use these input methods in completely revolutionary ways.

But GTA 4 and Spore do just that. They're next-gen games, pure and simple. Both titles take the gameplay experience forward by leaps and bounds – delivering experiences that are quite unlike anything that has come before, and give us a glimpse of the future of gaming. 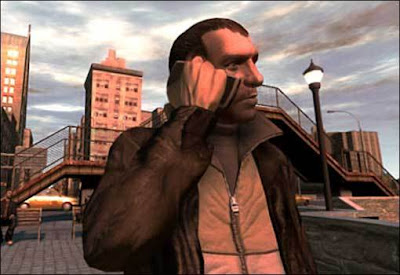 GTA 4 lets you chat on the phone with friends, surf the internet, watch TV and play darts. When you're not in car chases or gunfights. It's probably one of the greatest games of all time - and I don't make such pronouncements easily.

Playing GTA 4 is the closest thing you'll ever experience to actually living in an alternate, virtual reality. MMORPGs are either just stunning 3D chatrooms, or merely rat-races for loot and equipment. Adventure games restrict your actions and ultimately, the experience. Only role-playing games, notably Oblivion in the recent past, give you anything close to living out an alternate reality. But even Oblivion, for its massively detailed and intricate world, didn't quite give you a strong emotional connect to the characters you interacted with.

No such limitations for GTA 4's liberty city and its inhabitants. The game effortlessly draws you into the shoes of Niko Bellic, and within minutes,you're not merely controlling him, you become him – empathising with his joy, pain, hopes and ambitions. This is a game that you actually live. Between missions, you'll watch TV, surf the net, go out on dates, hang out with friends, go shopping, and generally cruise around. The sheer quality – graphics, writing, acting – that has gone into making Liberty City such a believable, plausible and immersive gameworld creates a gaming experience like no other. Not since Baldur's Gate 2 have I cared this much about people and places in a game.

Spore, on the other hand, is a genre-blending experiment in game design that could only come from the mind of Will Wright. This is an action-adventure-real-time-turn-based-strategy-space-simulation title that defies simple explanation, yet somehow manages to magically put these diverse elements together to create a charming, enjoyable and revolutionary game. 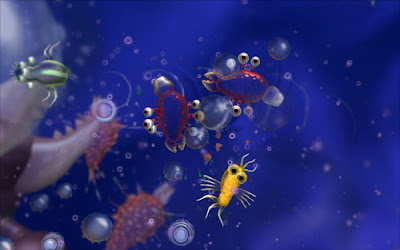 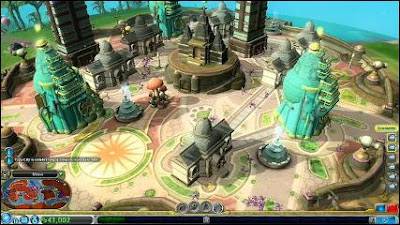 Seeing your creations evolve from a single cell (top) to a mighty civilization offers an unprecedented sense of scale and ownership. Sorry. Pwnership.

The joy of seeing your creation evolve from a single cell organism with just a mouth and some cilia, swimming around in a pond, into a mighty race of space-faring warriors develops a sense of ownership that I haven't experienced in any title since Wright's previous creation, The Sims. Since you design and guide your species and its tools and technologies with a degree of customisation absent from any other games that fall within any of its sub-genres, this is a game that gives you a better God-complex than Black and White or Populous.

The only criticism that SPore has received is that each stage isn't really very deep (The Tribe stage isn't quite Warcraft and The Civilization stage isn't quite, well, Civilization IV). I find that more than just a bit silly – Spore isn't about depth, it's about scope. And it boldly takes a step in a direction that can quite possibly spawn a whole new bunch of genres altogether.

If you're even remotely interested in the possibilities of videogames as an art and entertainment form, you owe it to yourself to play both these incredible games.

Posted by Anand Ramachandran's Evil Twin at 6:31 AM