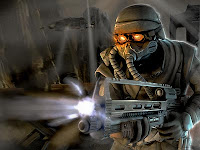 Halo 3 ODST may have sold more copies in a single day than Killzone 2 did in eight months, but it was the gritty combat, addictive multiplayer and spectacular visuals of Killzone 2 that really made it stand out. It's a pity that this fantastic title was outsold by overhyped, overpriced, buggy tripe like Modern Warfare 2, but we're sticking our necks out and going with Killzone 2 as shooter of the year.

Uncharted 2 is the greatest action movie ever made. Except that it isn't a movie. Thank god for that – or it would have been over in three hours. Uncharted 2 was arguably the most cinematic, engrossing and thrill-a-minute-explosive experience in action-gaming history – and easily the best of this year, beating off strong competition from Assassin's Creed 2 and Batman : Arkham Asylum.

The year was full of potential Street Fighter-killers in the form of BlazBlue: Calamity Trigger, Tekken 6 and EA powerhouse, Fight Night: Round 4, but it's SF IV's sheer quality that wins it this round. Bringing our favourite theme of hardcoreness-meets-accessibility to the table with great finesse and skill, Street Fighter IV had us practicing combos all over again. 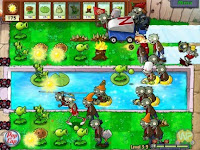 Plants v/s Zombies is imaginative, fun and hilarious at the same time. Don't let its initial approachability fool you, for this tower-defense parody has some serious challenge in store. It's saying something that Plants vs. Zombies beat out a top title such as Warhammer 40k : Dawn of War 2 for our award – take a bow, PopCap. You guys show how it's done, every single time. Not only is Plants vs. Zombies our strategy game of the year, it could also be the greatest 50MB download of all time.

Sure, PES 2010 has better looking players and is arguably more realistic, but FIFA 10 sports 30-odd licensed leagues and 500 or so teams, and this is exactly what you want to see in a game based on the world's most popular sport. Oh, and it's an insane amount of fun, too.And by sports, of course we mean football. We don't bother much with other sports - so if your favourite Tiger Woods or John Madden title isn't here, have a beer. And pay for it yourself.

Dragon Age delivered the most spectacular RPG experience of the year, and the finest RPG in recent memory by a country mile. Bioware returned to form in a way they haven't done since Baldur's Gate 2 ( Yes. INCLUDING Kotor. Eat your heart out, fanboys.) You will lose 60 hours of your life to this one. We'll be babbling on and on about Dragon Age elsewhere on Bossfight, so we'll shut up now.

Scalable difficulty? Check. All cars and tracks unlocked right from the beginning? Check. Ultra-realistic graphics? Check. Smell of petrol? Er.. check. These are the things we wanted to see (and smell) in a racing game... and Forza 3 delivered in spades. Racing games had a terrific year, with DiRT2, Motortorm : Pacific Ridge, and Gran Turismo PSP giving us hours of fun, but Forza Motorsport 3 was still a Ferrari among station wagons, and a runaway winner.
Posted by Anand Ramachandran's Evil Twin at 11:38 PM