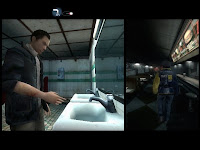 Though the adventure genre is reported dead ever so periodically, there's always that one title that comes along to make everyone sit up and take notice of how wonderful adventure games really are. Indigo Prophecy was an important experiment in 'the game as interactive movie' - featuring a great, mature storyline, multiple endings, and interesting use of split-screens for storytelling. It had a bushel of new ideas for interface, conversations, and action sequences. Not all of them worked, and the game had some technical issues, but it remains one of the finest adventure games ever made. Let's hope next year's 'Heavy Rain' from the same developer does takes the promise of 'Indigo Prophecy' to the next level. 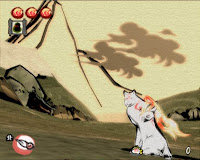 Even by Japanese standards, Okami is an unusual game. It looks like a Japanese painting. You play as a wolf-god. And you defeat enemies and solve puzzles by using . . er . . calligraphy. So better not run out of ink. The best tribute to Okami is that it's not a game that is easily described to anyone who hasn't played it. But those who have had the pleasure of playing it will never forget the experience.

38.Legend of Zelda : The Twilight Princess 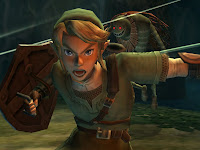 The Wii's first Zelda game was the best looking Zelda yet. It was a darker, more mature Zelda than usual (making it the first Zelda game to receive a T rating from the ESRB). As always, it had its share of cool features - context sensitive controls, chicken-gliding, and - wait for it - Link turning into a vicious wolf! Yay! That's two wolf-based games in a row in the top 50!

What's a facebook game doing in a Game of The Decade list, I hear you ask? Well, 70 million users don't care about what you ask. Farmville pulled off the staggering achievement of bringing fairly hardcore tile-improvement gameplay (think Civilization) within the scope of casual gamers, who would otherwise play word-games or match-3 puzzles. For this alone, it makes the cut. But don't forget - Farmville featured some imaginative and beautifully implemented real-time and multiplayer aspects that make it more addictive than today's average hardcore games. Don't believe us? Give it a shot.

In the days when the Ps2 was the world's most powerful console, Gran Turismo 3 was the definitive racing game. The self proclaimed 'Driving Simulator' was precisely that -  featuring realistic handling that hasn't been surpassed even today, a slew of tracks, cars and game modes, it set the standards for simulation based racers that are being followed almost a decade later. GT 3 was also the first console racer where the developers worked with hardware manufacturer Logitech to create a force-feedback enabled racing wheel just for the game. 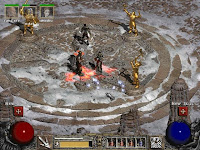 Blizzard's sequel to their all-time classic Diablo took the whole addictive click-fest thing to another planet. The skill trees and multiple unique character classes added a whole new dimension of fun to Diablo's I-can't-stop-playing gameplay, and made Diablo 2 a game that most people were addicted to twice, or even thrice over. It also fine-tuned the battle.net multiplayer gameplay. Anyone else remember those long, dangerous treks to retrieve your equipment after dying?

This was the title that propelled the initial sales of Nintendo's now ubiquitous DS handheld - with the promise of reducing your 'Brain Age' through a daily dose of puzzle solving. It had some great, imaginative puzzle design, a great hook, and showcased the best of the DS' features such as the touch screen and microphone. 'Rock beats Scissors' FTW!

33. No One Lives Forever
Of all the shooters that immediately followed Half-Life, The Operative : No ONe Lives Forever is perhaps the game that took the genre truly forward. Featuring a great protagonist (Cate Archer was the hottest videogame babe before Chloe Frazier. Yes, including Ms.Croft), laugh-out-loud writing, and splendid level design, this Austin-Powers of videogames takes its rightful place among the decade's best games. The level where you have to leap from a plane and wrest a parachute from one of the falling bad guys remains one of the most exciting set-pieces from any game we remember.

Jonathan Blow's classic platformer from last year reminded us of so many wonderful things - chiefly that it was possible for intelligent, top quality independent games to be commercially successful. Its ingenious puzzles, breathtaking art, and heartbreaking twist-at-the-end were triumphs of game design. So never mind the pretentious hot air that surrounded the game's supposed 'inner meaning' - give Braid a cookie for being simply one of the best games we've ever played.

We're actually wondering why Rock Band isn't higher up on the list - but it's probably because the Guitar Hero series was more influential in breaking music games out into the mainstream. But Rock Band fine tuned and took the whole concept of 'band play' forward - causing millions of 'air' rock stars (and, to be fair, actual singers) to form virtual bands and rock out to their favourite tunes, both offline and online. The Guitar Hero series took a while to catch up. And then Rock Band signed up The Beatles. Unless there's a Guitar Hero : Keith Richards in the works, we don't see how that's going to be topped.
Posted by Anand Ramachandran's Evil Twin at 2:01 AM