A renaissance in racing games 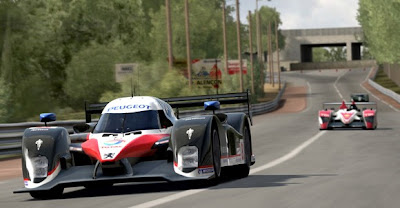 Titles such as Forza Motorsport 3 are taking racing games back to the forefront of popular gaming.

Racing games have always been one of gaming's more popular genres, selling millions of copies, attracting legions of fans, and playing a stellar role in introducing people to videogames. Along with sports games, racing games are arguably the most common 'first gaming experience' for a huge percentage of gamers - because everybody loves to race cars, right? Many of us old-timers remember fondly the hours spent playing arcade and home console classics like Pole Position, Enduro and Night Driver back in the early eighties. Developers like Accolade and papyrus gave us incredibly realistic (for the time) and enjoyable racing experiences on the PC. Even in India, during the early computing days, you'd very often find Grand Prix CGA or Test Drive or Indycar installed and running on almost every other PC you saw. Franchises like Need for Speed were instrumental in expanding the videogames market in India, and remain at the forefront of every new gamer's wish list.

However, as the years rolled on, something happened. Racing games began to become inaccessible to the new player. Controls became more realistic, the sense of speed was amazing, the games looked better and better – but boy, were they hard to master. Even the more 'arcadey' handling of titles like Need for Speed or Project Gotham Racing (leave alone simulations like TOCA Race Driver, the earlier Forza titles and Gran Turismo) required a skill level that many gamers simply did not possess, especially those who were new to racing. Most of them would enthusiastically pick up a game, enticed by the rave reviews, start off a race, and find themselves hopelessly out of their depth – skidding and spinning and crashing out of control. Frustrated, many would just give up. And miss out on some fantastic gaming fun – unless they had the perseverance to practice and master the skills. While the Burnout games went in the opposite direction - making it n00b friendly by actually encouraging and rewarding crashes and reckless driving - with tremedous success, this was the exception that proved the rule. Racing games had forsaken the newbie who had made them so successful in the first place, in search of an elusive holy grail of being the most ;realistic' or 'hardcore' title on the planet.

This alienation ultimately had its impact - big-name publishers found that they were faced with the twin problems of hugely expanding development budgets (better graphics, ultra-realistic physics, more graphics assets) and shrinking markets. Faced with this situation, companies like Codemasters, Microsoft and Sony had no choice - get more people to buy your games, or perish. And, thanks to some great design innovations, they seem to be on the right track this time.

Codemasters took the lead with last year's excellent Race Driver : GRID, which introduced a nifty 'rewind' feature that vastly improved things for the less-than-immaculate driver. Now, if you crashed negotiating a tricky turn, you didn't have to restart the race – you could simply 'rewind' to a point a few seconds before, and continue from there. Like an 'undo' feature of sorts. It was brilliant (though hardly original – remember The Sands of Time? Braid? ), and made GRID fairly accessible despite it's undoubted hardcoreness.

They repeated the feature in this year's critically acclaimed DiRT 2, with a slew of newbie friendly features and slick presentation that made it a great fun pick-up-and-play experience for players of almost any skill level. And all this was done without sacrificing the hardcoreness or challenge level for more advanced players.

Sadly, GRID and DiRT didn't quite get the sales boost they deserved, partly because of they still carried the baggage of earlier, more hardcore titles from the publisher, and were perceived by new gamers as being too hardcore. But these games undeniably laid the groundwork in terms of design for the seminal Forza Motorsport 3, which has taken accessibility to an entire new level. And, thankfully, Forza 3 sold over a million copies in the first few weeks of its release, and is well on its way to becoming one of Microsoft's top sellers for the XBOX 360.

Unlike in GRID and DiRT 2 which have limited 'rewinds', Forza has removed all limits. You can rewind at any point in the race, how ever many times you want, without any penalty. While this may seen like spoon-feeding to the tuly hardcore – the truth is that you don't have to use it if you don't want to. It doesn't alter the game for the pros, but gives the rest of us n00bs a great opportunity to try those risky moves without fear of instant failure. Eventually, the more casual players will improve their skills, and come to appreciate the game's realism and challenge when they're ready for it - as opposed to being discouraged and put off by difficulty spikes early in the game.

Forza 3 also has some of the best implementation of variable, customizable difficulty levels seen in gaming. Depending on how you want to play, you can turn on or off a number of assists such as auto-braking, stability control, traction control, anti-lock brakes and the series' now famous racing line. Turn all of them on, and the car will practically drive itself – even a first time player will feel like Michael Schumacher. Turn all of them off, and you'd have to BE Michael Schumacher to drive with any sort of success – just like the hardcore simulation fans demand.

This is the kind of brilliant, opt-in game design that we need to take hardcore gaming mainstream. put in the features to attract and encourage newbies, and give the hardcore set the option to safely ignore them. As easy or hard as you want it to be. Microsoft seems to get this – Halo was similarly spread out difficulty wise. On Easy, it was almost impossible to die, but on Legendary, one bullet could be the end. But Forza 3 takes it well beyond that – you can get assists for skills you suck at, and set higher challenge levels for your strength areas. You can customize the challenge to suit your precise skill level and style of play. Absolutely top class game design.

Here's hoping future titles follow Forza Motorsport 3's lead and introduce design features that bring the fun back to racing. After all, we're all not quite hardcore gearheads, but we still like to race. And if publishers give us titles that are more like games and less like boot camps, we'll gladly buy them. Are you listening, Gran Turismo 5?
Posted by Anand Ramachandran's Evil Twin at 11:05 PM

Email ThisBlogThis!Share to TwitterShare to FacebookShare to Pinterest
Labels: racing