by Anand Ramachandran. This article first appeared, under a different headline, on my weekly Game Invader column for The New Indian Express. It is the first in a series of detailed Dragon Age based series that we will be doing in the coming weeks.

I actually carry a physical scar on my body that reminds me of Baldur's Gate 2. It was an argument at work over how I was spending too much time playing it, and needed to focus more on work, or something along those lines. I smashed my fist through a glass door in anger, found that my wrist had been slashed, and rather sheepishly rushed to hospital. The scar's still there. The game was THAT awesome.
Now, Dragon Age : Origins has finally arrived as its successor. And I've removed all glass objects from the vicinity. Just to be extra safe, I've stopped talking to people as well. This game is THAT awesome. In an earlier column, I had wondered if Bioware would finally deliver the classic their fans wanted. That question has been answered rather emphatically.
A glimpse of the battle that kicks off your journey in Dragon Age : Origins.

If, like me, you're a fan of the Infinity Engine games, then you've been disappointed by the lack of a true, next-gen sequel to those classics. The original Baldur's Gate titles, the Icewind Dale games, and Planescape : Torment were easily among the greatest CRPGs ever made, offering truly hardcore role-playing, great adventuring, and classic, addictive, tactical combat. To the true fans, no RPG that has come since then matches the supercharged chess-on-steroids like battles that the infinity Engine delivered based on the Advanced Dungeons and Dragons ruleset. Only those that have carefully plotted, strategized, stocked up on equipment, spells and potions meticulously to bring down a dragon or Demilich can understand.
Not that there weren't any great RPGs since then, indeed, there were several of the highest quality. The Elder Scrolls games such as Morrowind and Oblivion, Fallout 3, and Bioware's own Star Wars : Knights of the Old Republic and Mass Effect took role-playing and adventuring in exciting, fresh new directions. However, the combat didn't quite cut it. Of the games mentioned, only KOTOR came close to delivering an experience close to Baldur's Gate or Icewind Dale.
Thankfully, Dragon Age scratches this very itch.
This is the game I've been waiting nine years to play. It's Baldur's Gate 2 with next-gen graphics and presentation, a great new role-playing and combat system, and quintessentially Bioware storytelling. I've been playing for a mere five or six hours, and have already been swept up into the game's world of intrigue, politics, evil, treachery, heroism, romance and high adventure. Bioware's game design and storytelling have always been top notch ( Baldur's Gate 2 is easily one of the greatest high-fantasy experiences of all time ), but now they have the technology to deliver a level of immersion that takes it to a different planet altogether. The world of Ferelden feels truly alive – grass sways as you run past, armor shines and glistens as you stride into battle, blood spatters on to your face as you hew your Darkspawn foes, your companions endlessly chatter and bicker amongst themselves. It's the perfect vehicle for the extremely solid role-playing system and the refined, brilliant tactical combat to truly shine through. 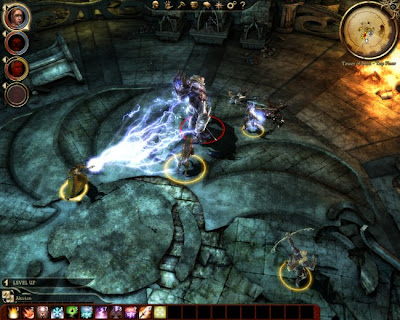 Dragon Age Origins is Baldur's Gate 2 on steroids. It's the game I've been waiting for for almost a decade now. Woo-Hoo!
And while Dragon Age : Origins is available for XBOX 360 and PS3, the PC is by far the best platform on which to experience this epic game. If you have the rig to run it, this is easily the best PC gaming experience of the year. Console owner's, don't fret, though. It's still a great game on consoles, and suffers only in comparison to its PC version.
Thank you, Bioware. After nine years, I finally can lose myself in a game for hundreds of hours, just like I did with BG2.
Bossfight plays Dragon Age on Intel Core i5 . 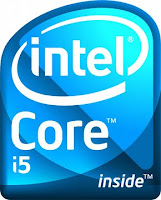