by Anand Ramachandran. This article first appeared in my weekly 'Game Invader' column for the New Indian Express

There's so much brouhaha today about 'interactive storytelling' and 'creating interesting gameworlds' that you'd think it was some newfangled, cutting-edge idea.

The fact is that, in the early days of computer gaming, there were several games that would rival the best of today's products in terms of storytelling and writing. And one of these, the venerable Zork series, remains largely unsurpassed in terms of creating a fascinating, engaging and fun gameworld for gamers to experience.

Zork. The very mention of the name will bring fond memories rushing back to anyone who played the games when they first came out. Memories of white houses, elven swords turning blue, saying 'Hello Sailor' in unlikely places, counting Zorkmids and being Totemized (a very bad thing). And, of course, avoiding places which are pitch dark, where you were likely to be eaten by a Grue. 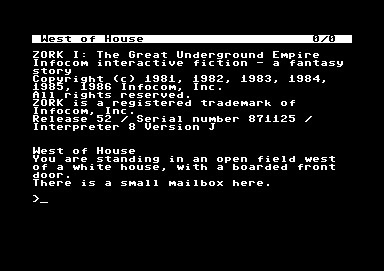 The iconic opening screen from Zork

The first three Zork games (sensibly called Zork I, II and III), were text-only adventures, which might seem unbelievable to many younger gamers, for whom games = graphics. But back in the day, these games sold over a million copies (contributing to INFOCOM's rise as one of the first successful computer game publishers) , and continue to be downloaded by thousands of gamers eager to relive the memories or find out what all the fuss was about. Some would argue that the lack of graphics actually made these games better, more vivid experiences – in a way that some people make a case for books over movies.

And to those of you who consider yourselves 'hardcore', understand this - these games didn't pamper you with features like automaps or auto-journals. You had to meticulously keep manual notes – mapping the gameworld and writing down clues that would help you get through the game – if you hoped to finish the game. It was a pretty common part of the early adventure gaming experience, and it was usually great fun to go back and revisit the furiously scribbled notes once you were done with the game.

While the three graphical follow-ups (Return to Zork, Zork Nemesis and Zork Grand Inquisitor) weren't as critically and commercially successful as the earlier text-based adventures, they were still great games in their own right.

Gamers saw the famous white house for the first time in Return to Zork.

Return to Zork, in particular, introduced a number of extremely interesting features to the point and click graphical adventure genre. You could take snapshots of things with a camera, use a 'recorder' to record what game characters spoke to you, and you could kill anyone in the game ( although at the cost of making the game unwinnable). It was a superbly written adventure with hilarious characters, a rich history and back-story, and great dialogue. A pity it had some seriously frustrating design flaws – you could wander the gameworld for hours without realizing that you had made an earlier mistake that would prevent you from completing the game. Still, RTZ had some great moments. Players still remember the famous drinking sequence with Boos Myller, where you had to drink him under the table and then steal his keys.

Boos Myller was the first videogame character I had to beat in a drinking contest.

The Zork universe remains perhaps the finest example of striking an unlikely creative balance – the universe managed to be laugh-out-loud funny and eerily scary at the same time. And it's not for nothing that it has been included in the digital games canon, as one of the most important games of all time. 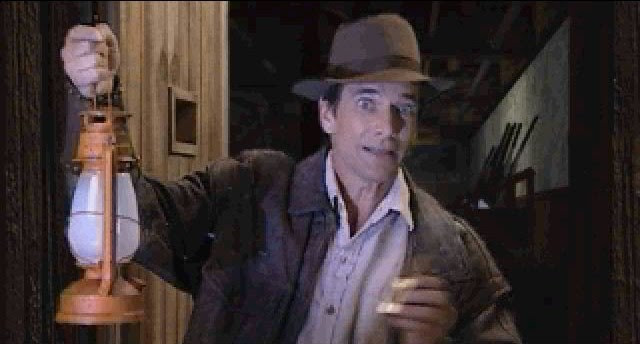 Those of you who are interested in a bit of gaming's history would do well to look online for free-to-play versions of the classic Zork games. Much fun to be had.

Posted by Anand Ramachandran's Evil Twin at 5:02 AM