Catching up with the classics


by Anand Ramachandan. This article first appeared on my weekly Game Invader column for The New Indian Express

What's a gamer to do? So many games, so little time. Typically, there are so many great releases that happen simultaneously across platforms that it's humanly impossible to play them all to completion. In fact, even merely trying every single top-notch release is something that any gamer with a day job will find a tall order.

However, with the industry going through a fairly lean period in terms of releases, I had the opportunity to catch up with some old classics that I never had the time to complete earlier. 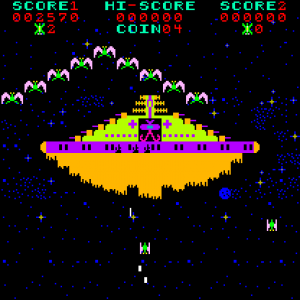 Phoenix was an old favourite for many years. A big bad mother spaceship . A rotating shield. Regenerating bad guys. The memories.

With Chrono Trigger being reinvented released for the DS, to well-deserved acclaim, an entirely new generation was introduced to one of the greatest games ever made. The original SNES version was a game that I never really got around to playing for more than a few hours, and I thought it might be a good idea to fire up an old SNES emulator and finally get around to paying my dues. And what an experience it turned out to be. Chrono Trigger remains one of the most poignant videogame stories of all time – with a fabulously interesting gameworld, captivating, layered characters, and addictive gameplay that will keep you engrossed for hours. The game also features imaginative minigames and modes of interactivity that were ahead of its time – and an indicator of how imaginative design could fill a game with quirky surprises and hidden delights that crank maximum gameplay out of an engine. It's a spectacular, unforgettable game that all gamers simply owe it to themselves to play.

I've also found time to revisit old arcade classics likes Centipede, Pac-Man, Donkey Kong and Phoenix. Needless to say, I suck at them now – worse than I did when I was an addicted kid about twenty five years ago. It's also interesting to see how these games were adapted to different platforms – there were significant differences between the coin-op arcade versions and the many home-video console iterations of these classics, and it's a great learning experience for a designer to look at these differences and analyze the reasons behind them.

As a game designer, I find playing classic arcade games an essential learning experience, partly because they tend to focus on very narrow aspects of gameplay. You'll learn loads about things like difficulty, basic AI patterns, level design and feedback by playing the single-screen games of the arcade era. Defender, for instance, can teach a young designer much about the basic implementation of the minimap, and Asteroids can illustrate basic physics and control lessons better than most sophisticated games. This is because these games are so simple compared to modern games, they almost serve as test applications, small laboratory playgrounds to look at specific aspects of game design that would be lost within the more complex, larger games of today.

I challenge you to find a more hardcore, bloodier, zanier shooter than Metal Slug. If you do, stay away - it might kill you.

Another classic series that I've been rediscovering recently is Metal Slug. After just a few hours of the most insanely hardcore 2D shooting you will ever play, I was left breathlessly wondering why I didn't play more of this when I was younger. Over-the-top violence, brutal difficulty levels, and some of the most laugh-out -loud yet intimidating bosses seen in gaming make Metal Slug another must-play experience. Think you're hardcore? Not if you haven't played Metal Slug.

Most of these classic titles are either available at budget prices, or are free to play on the web. When there aren't any other games worth dropping your hard-earned cash on, it's probably a good idea to try catching up with a classic you haven't played before.

Posted by Anand Ramachandran's Evil Twin at 5:33 AM