by Anand Ramachandran - an old N-gage fan. This is an extended version of the article that appeared in my weekly 'Game Invader' column for the New Indian Express.

And it looks promising this time around.

Many of you may remember N-Gage as Nokia's failed attempt at a handheld gaming device / phone hybrid from a few years ago. A tale of design mistakes, bad marketing, terrible PR and lost potential.

This time around, Nokia has relaunched the N-Gage brand as a service tied to their popular Nseries devices, which looks to be a much better idea overall. I just got myself an N81 to test drive N-Gage, and here are my first impressions. 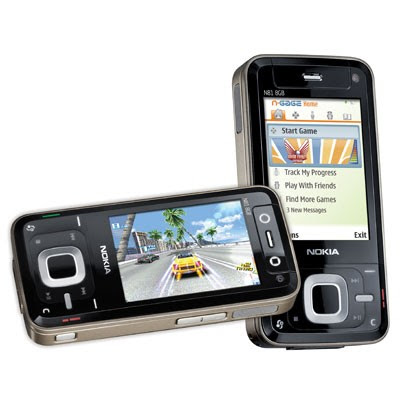 The N81 is ideally suited for gaming, but N-Gage works on other nSeries phones as well.

N-Gage is now the basic gaming application that runs on your Nseries handset. Using the application, you can download and purchase games, play them by yourself and against others through N-Gage arena, maintain high scores and buddy lists and more. It's like a pocket-sized Xbox Live, and everyone knows how much I love Xbox Live!

The range of games seems fairly exciting even at this stage, and is sure to get better as more developers warm up to the platform. Remember that the original Ngage started off with a rather tepid line-up, but ended up with bona-fide classics such as Pathway to Glory, Rifts : Promise of Power and Colin McRae Rally.

Every game has a free downloadable demo, so it's a great 'Try before you buy' system. And, provided you have a decent internet connection, works very well. I recommend Wi-Fi, but GPRS will do in a pinch.

Downloading and installing the games is a snap. I downloaded the demo of Star Wars : The Force Unleashed, and then purchased and activated the game over the internet using my Wi-Fi connection. It took about five minutes in all. Nice. I could get used to this.

I've so far tried Star Wars : The Force Unleashed, Bounce Boing Voyage, Dirk Digger and System Rush. The games are definitely a step up from the average mobile fare – both in terms of gameplay and production values. Each of the above titles boasts gorgeous graphics, way above what you'll see on the average mobile phone title.

Dirk Dagger and The Fallen Idol brings old skool adventure gaming to the N-Gage, with a delicious twist in the way it uses the camera. I couldn't be happier! 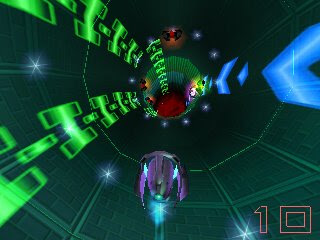 System Rush Evolution is absolutely jaw-dropping. Sometimes I swear it looks as good as a PSP or DS title !

Each of these titles also had some unique feature or hook that makes them worth trying – Force Unleashed features the innovative and engaging Cellweaver combat system, Dirk Dagger has a great art style and uses the phone's camera in a really cool way, and System Rush is simply jaw-dropping for a mobile game, looking as good as some PSP or DS titles. Look out for detailed N-gage gaming reviews in the coming weeks on Bossfight.

N-Gage arena and the community features also hold great promise. The mobile is a perfect platform for connected, multiplayer gaming, and the Ngage application does provide some features such as buddy lists and leaderboards. However, I'm hoping that Nokia beefs up this aspect with more features to spice up the multiplayer experience.

N-gage is a great, user-friendly App that works smoothly and is fun to use. Here's hoping Nokia adds more community oriented features.

But even as it is, the community and multiplayer features are a great reason to game on the N-gage platform. The community rates and reviews games as well – so you can see what fellow gamers thought about a title before you download it. An Xbox Live-like gamerscore system has the potential to make the N-gage experience an addictive and enjoyable metagame of one-upmanship, and we all know how enjoyable that is. However, for this to really work, a critical mass of users is essential, and these are early days yet. Much will depend on how much traction Nokia can generate by means of marketing, pricing and all that jazz.

With the mobile phone well positioned to become the dominant gaming platform in India, and Nokia being one of its pre-eminent drivers, N-Gage is an opportunity to take quality gaming to the mainstream Indian user. It's early days yet, but I for one will be watching this with interest. As one of the few people who had a wholly positive experience with the previous N-gage QD, I truly want the platform to succeed. A viable, multiplayer enabled mobile gaming experience may just be what's needed to make gaming a mainstream hobby in this country.

The previous iteration of the N-Gage was a sad case of a genuinely good gaming platform failing due to some unfortunate marketing and PR. There's good reason to believe that Nokia will give the platform a better chance of success this time. With the right support, smart pricing and well thought out community features, N-Gage could become a serious player in the fight for the Indian gamer's money.

If you have an Nseries handset, there's no excuse for you not to start downloading and playing N-Gage titles. If you're a serious gamer looking for a mobile gaming solution, N-gage just might slake your thirst.

Note : I will be covering N-Gage extensively on this blog in the coming weeks. So stay tuned. And get yourself an NSeries, wontcha? It's going to be fun. My nGage ID is bigfatphoenix - so bring it on!