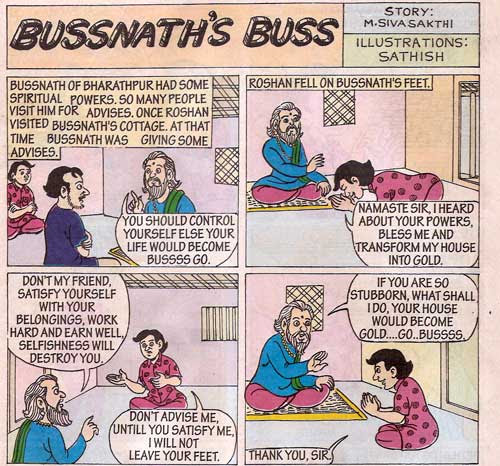 This one is one of our favourites.

The title, by the way, led to the formation of several variants such as 'Amarnath's Amar', 'Narendranath's Narendra', and 'Nathnath's Nath'. It was also responsible for the popularising of 'nath' as a general purpose suffix (mainly due to the efforts of Kishore Manohar, Jai Shankar Iyer, Visesh and other worthies) , as seen in random examples such as 'Cigarettenath', 'Sleepnath' and 'Cricketnath'.

These snippets are picked out from a section of the magazine called 'Hungama Crazy Facts'. Just a sampling - I'll post more hilarities as and when I dig them up. 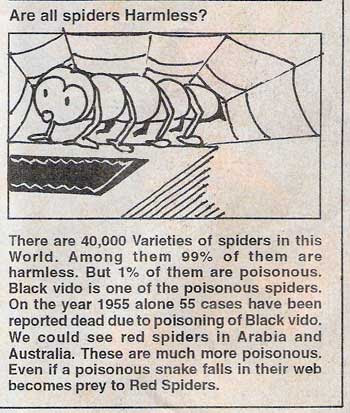 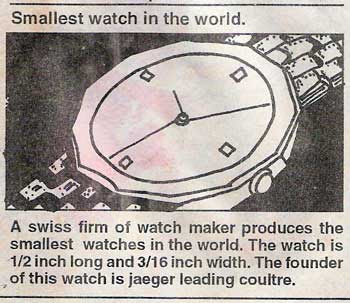 The founder of this watch is jaeger leading coultre. ?????? 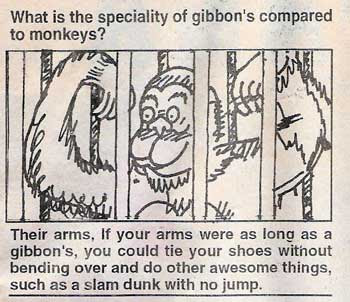 This is brilliant. Slam dunk with no jump. Hahahaha. 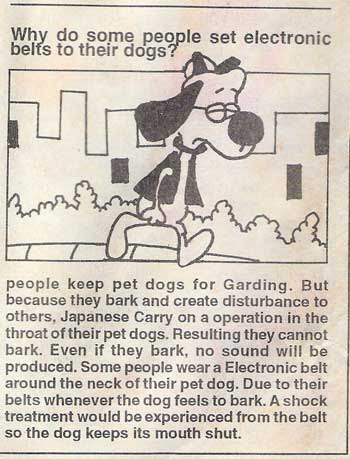 I LOVE this one. Too many delights to enumerate, but 'A shock Treatment' so that the dog 'keeps it's mouth shut' is hard to beat.

More to follow. And, of course, a hat tip is due to Abitha for discovering Hungama at Chennai Central Station - a fact she never fails to remind us of.
Posted by Anand Ramachandran's Evil Twin at 5:16 AM