Destroy. Escape. Create. Solve. The four basic motivations that have powered videogames through the ages.

by Anand Ramachandran. This article first appeared in Gadgets and Gizmos magazine.

The final level in last year's classic Uncharted 2 : Among Thieves was one of the finest cinematic conclusions in the history of videogames, a fitting finale to one of the best games of all time. As the intrepid exporer Nathan Drake, you had to run rings around the game's final boss, while figuring out the way to kill him (your bullets didn't even scratch him), and then make a frantic escape by running, leaping, dodging, clingin on to ledges and get away while the entire building was collapsing around you. It was classic Indiana Jones style high adventure. And it incorporated, in the span of a few minutes, three of the basic player motivations that make up the basic DNA of gaming as a form. 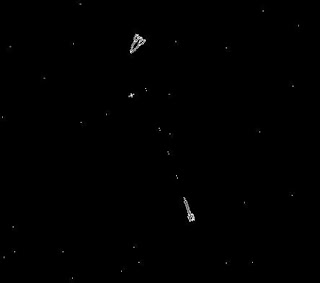 The very first computer game, SpaceWar, established one of gaming's most common conventions - killing the other guy.

Since gaming's earliest days, an overwhelming majority of videogames presented the player with four primary objectives. You kill things. You escape things. You create things. You figure things out. Almost every game from 'Space War' to 'Super Mario Galaxy' to 'Mass Effect 2' has simply featured these four basic motivations in different permutations and combinations. It's a clear illustration of the 'the more things change, the more they stay the same' principle, and a look down gaming's memory lane helps build an understanding of how, beneath all the audio-visual splendour and technological wizardry, games actually force us to keep playing them.


Strangely enough, Pong, the very first videogame, doesn't quite fit into any of these four categories. While it can be argued that the objective of Pong was to 'avoid missing the ball' (as the game's iconic instructions themselves said), this is a bit of a stretch. But the reason becomes clear on a little closer examination – Pong is a representation of tennis (Willy Higginbotham's earlier variant was called Tennis for Two), an adaptation of a real-world sports game. Our study is limited to pure videogames, which leaves out videogame adaptations of sports, board games, or puzzles, which fit into a different evolutionary tree altogether.


However, Space War, the first PC game (which in fact predates Pong) was also the first to establish what is still one of gaming's most popular motivations – kill the other guy. Over 50 years later, this is still the basic thing players need to do in ultra-modern games like Call of Duty : Modern Warfare, Halo 3 and God of War. The simple pleasure of destroying your opponents is what drives a large part of the multi-billion dollar worldwide gaming industry. The implementations have varied through the years – gamers have had to shoot, hack, slash, smash and beat up assorted things which included aliens, monsters, soldiers, pirates, ninjas and multicoloured bricks – but in essence, you had to destroy everything that wasn't you to win the game. It's a very primal survival instinct, and it's not for nothing that combat is pehaps the single most common feature in videogames, so common that many people think all games are violent and there is no other kind of videogame. 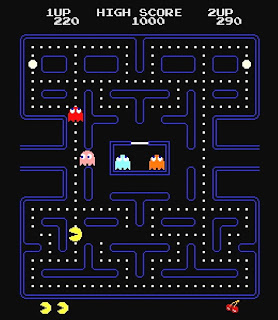 Pac-Man's only function was to escape the pursuing Inky, Blinky, Pinky and Clyde. And they would always eventually get you.

Of course, this isn't true. Even as early as the late seventies, games like Pac-Man and Donkey Kong were blazing a different trail. Both these seminal titles motivated the player in completely different ways – instead of the hunter, the player was the hunted. The primary gameplay motivation was escape – you were expected to dodge and avoid your enemies, and reach a point where you could escape and end the level. Sure, you were given tools to destroy your enemies temporarily (Pac-Man's power-pill helped you eat the ghosts, and Mario could grab a hammer and crunch the barrels in Donkey Kong), but they would always respawn and come right back at you. Unlike in Space Invaders or Defender, destroying your enemies was only a means, but not the end itself. You could just as well dodge around them and finish the levels. More games followed that used this formula of escape as opposed to killing – Pitfall, River Raid, Prince of Persia and Super Mario Bros. All featured enemies that were obstacles but not objectives. Running, jumping and dodging with dexterity are more important here than brute strength. The legacy continues well into the present day, with Super Mario Bros remaining one of gaming's most powerful franchises, and games like Prince of Persia, Assassin's Creed and Little Big Planet seamlessly incporporating combat and level-navigation in varying degrees to facilitate escape. 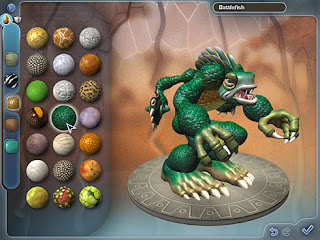 Spore is the culmination of Will Wright's design emphasis on creative over destructive gameplay. Wright's games (The Sims, SimCity) are mostly about creative exploration, and largely lack traditional gaming objectives such as 'winning'.

Meanwhile, Will Wright and Sid Meier, with SimCity and Civilization respectively, created a powerful trend in gaming that emphasized creation over destruction. You built and nurtured cities, and indeed entire civilizations that grew and flourished under your care. The motivation worked in an opposite way to the survival instincts that were catered to by killing or escape based games – appealing to a more evolved, sophisticated need to create and care for things. It bust the market wide open – and a flood of games flowed through the breach into the hands of eager fans. Wright went on to create the bestselling The Sims franchise (in which you created and cared for ordinary, everyday virtual people) and the hugely ambitious Spore (in which you saw your beloved single-cell creation evolve into a spacefaring race of super-beings). Meanwhile, the strategy genre took Civilization's lead and ran in different directions, creating a slew of games in which you needed to build things that would give you the power to destroy other things. Awesomeness followed, and superfranchises such as Warcraft, Starcraft, Age of Empires, Command and Conquer, and Warhammer were born. 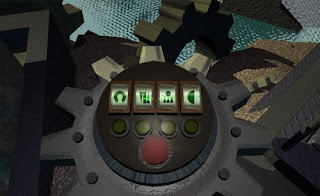 The Myst series arguably took the puzzle-solving adventure mainstream. It featured devilishly tricky puzzles that many individuals needed to slyly refer to online walkthroughs to solve. Yes, Millenium Internet Cafe users, you know who you are.

An even more sophisticated breed of gamer demanded the need to flex their brain-muscles a little more – and the adventure franchise tapped into this need. Games like Monkey Island, Space Quest, Gabriel Knight and the blockbuster Myst were essentially stories which unfurled as the gamer solved puzzles to advance the plot. While the pure adventure rose, fell, and then enjoyed a renaissance in the casual gaming space, the 'figure-things-out' mechanic has found its way into every other genre – many shooters, role-playing games and strategy games feature 'puzzles' that need to be solved. With the recent release of 'Heavy Rain', adventure games may yet make a comeback into the mainstream.


As gaming evolves and the boundaries between genres blurs even more, the motivation in games becomes more complex, and most games will feature the four basic motivations – destruction, creation, escape and puzzle-solving – in different combinations. And, as Uncharted 2 has shown us, it can be quite the heady cocktail.

Email ThisBlogThis!Share to TwitterShare to FacebookShare to Pinterest
Labels: gadgets and gizmos