A weekend spent fighting the evil forces of socialization and trying to get in some game time. Moderate success.

Finally got to spend some quality time with the augmented edition I bought. Mixed feelings.

It's Deus Ex - so we do have an interesting story. The augmentation system seems interesting and well thought-out. The stealthing is pretty decent. The conversation / persuasion mechanics are also pretty cool.

I'm about seven hours in, and I'm staying with it in the hope that it gets better. 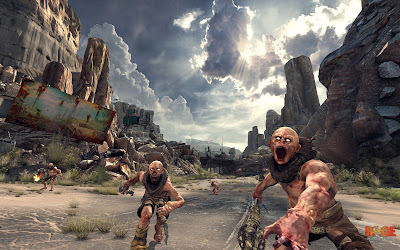 Got it running on my desktop - runs beautifully with everything maxed out on my Core i9 powered rig with a two-year old GTX 295 2Gig card, on Vista (yes, yes, I know). Sure - still has some random pop-in (but not nearly as much as on the lapop) and occasional tearing, but nothing that breaks the game.

It looks great, the world seems huge, and the gunplay and vehicle combat have a nice, solid (and slightly old school) feel to them. Which is kinda why I like it. RAGE isn't the most thought-provoking or innovative or cleverest of games, but it nails the fun factor. Driving around and killing things is great fun in RAGE, and isn't that what a shooter should be? It's the exact opposite of Deus Ex, in that it's a game that doesn't try to do too many things, but keeps it simple and does it well.

Five hours in - just reached Wellspring and completed a few quests. Loving it so far. Oh - and Wellspring actually feels like a real place - with personality, a history and a sense of life. Again, nails something that Deus Ex fails to do. Plus - RAGE has a (barely) hidden tribute to Fallout. \m/ 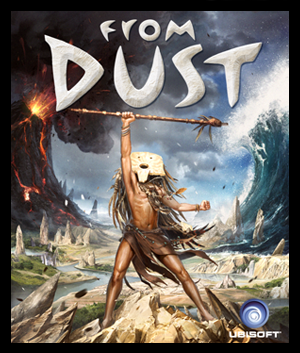 Just got started with this one - on XBOX. It's rather beautiful to look at, and features some interesting terraforming mechanics. Reminded me of an ultra-modern Populous variant. But I played only past the first tutorial level, and so can't really comment on how good the actual game is. More soon enough - plan to spend more time with this by the next weekend.

P.S. Stopped numbering the episodes. It was foolish to begin doing it in the first place. So hence. Er. Ah.
Posted by Anand Ramachandran's Evil Twin at 9:59 AM