Control Freaks : A brief look at the evolution of the videogame controller.

2010 could well be the year of the motion controller – with Sony's yet unnamed magic wand, and Microsoft's eagerly awaited Project Natal set to make their debuts, to challenge Nintendo's monopoly over motion-control console gaming.
When they introduced the now ubiquitous Wiimote controller back in 2006, Nintendo changed the rules for the gaming industry – exploding into completely new target segments and exponentially growing the size of the videogames market. Sony and Microsoft were caught napping, and ended up fighting for the smaller, more saturated 'hardcore' segment while millions of new gamers gleefully lapped up the Wii, which ended up outselling the XBOX and the PS3 combined by some distance.
Now Sony and Microsoft are finally getting into this game, hoping to get a chunk of the huge numbers of casual gamers – kids, women, families – that Nintendo currently targets. While Sony's offering looked rather uninspiring, reminding us of a Wiimote clone combined with Sony's own PS2 eye-toy gadget, Microsoft's much-hyped Project Natal has the potential to be just as revolutionary and influential as the Wii was. When Microsoft demonstrated their 'controller-less' gaming system at E3 last year, people were blown away. Using a true motion capture system, the control scheme allowed gamers to translate their real-life gestures such as punching, kicking, ducking and jumping into the game environment. It also featured voice-recognition and face-recognition systems, offering gamers a completely new, immersive gaming experience.
So could Natal end up being the next game-changing controller innovation? Or is it doomed to becoame another one-off novelty like the Eye-Toy or Nintendo's Power-Glove? Is the success of a game controller purely due to innovation? Or are there other factors?
For the answers, it would help to take a trip down the memory lane of videogame controller history.
Surprisingly, game controllers have changed very little since the very first conventions were established – early arcade games, after some experimentation with sliders, knobs and all-button layouts, settled nicely into a joystick-button combination, which is still the dominant control scheme today. And it works so well purely because it neatly captures the two most commonly used inputs in all games – directional input and instantaneous input (jump, do this, do that). Interestingly, the first home video consoles didn't have multiple cartridges – they came with built-in games, and so featured highly customised controls, such as motorcycle handlebars for 'Stunt Cycle' and dual joysticks for 'Tank'. Only when the 'cartridge' system of selling multiple games for home consoles became the norm, the need for a common controller that would work for multiple games ensured that the joystick-button combination became the standard. And everyone was happy for more than two decades.

The ATARI 2600 joystick evolved from the ones found in Arcade Cabinets, and handled the two kinds of inout that most games require - directional and instantaneous. It worked remarkably well for many years.

Of course, controllers evolved in small ways. The ubiquitous Atari 2600 joystick featured one Joystick and a single button, and worked remarkably well. Then, Mattel experimented with a disc-based directional input, and a telephone-like number-pad that you could use for multiple button-inputs. There were many alternatives for specific games, such as paddles / knobs, trackballs and steering-wheels, but the joystick remained the dominant control scheme.
Then the 8-bit and 16-bit consoles such as the NES, SNES, Sega Master System and Genesis introduced the gamepad design, which made more efficient use of both hands. The joystick was replaced by a directional pad, which performed the same function of directional input, by using a single thumb (as opposed to the entire right hand), freeing up the other fingers for holding the controller and operating more buttons. 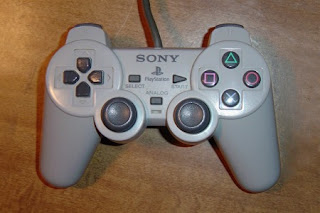 The PlayStation was the first system to introduce twin analog sticks - thus establishing the modern controller configuration. All modern conventional console controllers are merely variations of this basic design.

The next generation of consoles, including the PlayStation, the Dreamcast and the Nintendo 64 introduced analog joysticks, more face buttons and shoulder-buttons. The analog joystick, referred to as a thumbstick, was an important design leap forward – it could, like the d-pad, be operated using a single thumb, and yet offered more precise directional and speed control. The Playstation 2 was the first system to offer two analog sticks and a directional-pad, thus establishing the modern console controller configuration. Microsoft introduced Analog 'triggers' in place of the shoulder buttons for their XBOX console, and basic controller design hit a plateau after that. The XBOX 360 and PS3 controllers are merely small, mostly ergonomic improvements, but the two-thumbsticks / face buttons / analog triggers / shoulder buttons combination is quite the same as the previous generation's.
Then, Nintendo changed everything with their Wiimote, and people were pointing at the screen, waving and swinging their controllers to play tennis, golf and boxing games. Or did things really change that much? Even Nintendo admits that, after the novelty factor wore off, people played a large percentage of games using the Wiimote turned sideways, like a normal controller. Sure, the motion-control is still a huge winner for the Wii, but it hasn't replaced conventional control schemes altogether. And there's a darned good reason for this – ultimately, controlling videogames has an inescapable layer of abstraction to it. So, to most game players, convenience and comfort tends to be more important than innovation or immersion or realism. After a point, they simply don't care, they just need a convenient, easy, efficient way to tell their on-screen avatars what to do. And the basic joystick-buttons combination works just fine for that. 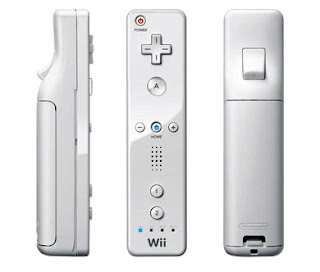 Nintendo's famous Wiimote ushered in the first controller paradigm-shift in years, forcing Sony's and Microsoft's hand. Both companies are set to introduce their own motion-controllers later this year.


Even in theory, the Wiimote is just an evolution of a pointing device that gamers have used for ages – the humble PC mouse. Aiming using the Wiimote and moving with the Nunchuck feels vaguely similar to the mouse-keyboard combo that PC gamers have always used. Sure, the Wiimote is wireless and senses motion in three dimensions, but at its core, it's just an improvement over the gesture-functionality offered by the mouse. Games like Die By The Sword even managed to create fairly effective swordplay mechanics using the mouse input alone, long before No More Heroes arrived on the Wii. Similar in concept? You bet. 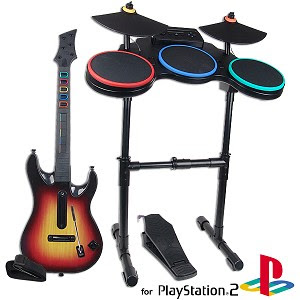 Innovative 'music' controllers have played a huge part in creating and popularizing a whole new mainstream genre of rhythm games - an example of how controller innovation can help sell games.


However, this isn't to say that innovation is dead or useless. The guitar and drum controllers for the Guitar Hero / Rock Band games, the turntable for DJ Hero, steering wheels for racers, and the dance Mats for dance games have shown that, when there's a fit, innovative controllers do make a huge difference, and sell lots of games. However, it's important to note that each of these unconventional controllers enhances the fun-factor of the games they're meant for without sacrificing usability or comfort levels. Therein lies the rub.
In the final analysis, Natal will be a game-changer only if it also comes with games that fit well with its motion-capture input scheme. It has to make games easier, more comfortable and more fun to play. If Microsoft tries to shoehorn the controller into existing genres, then we could very well see it recede into the realm of forgotten novelties, and everyone returning to their beloved conventional controllers for another decade.
Posted by Anand Ramachandran's Evil Twin at 2:48 AM