If Hitler had been killed off early . . .

I've actually read two separate books in which the authors have opined that the world would probably have been a lot worse if Der Fuhrer has been nipped in the bud. Strange indeed. 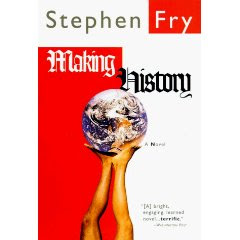 The first one is 'Making History' by Stephen Fry, in which the author steps back in time, and prevents Hitler from being born. This has the unfortunate side-effect of causing an even more dangerous and evil man to become the leader of the Nazi party - and much hilarity ensues. 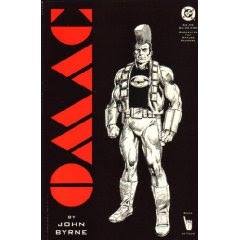 The second is a very different book - the superbly retro-classic OMAC (One Man Army Corps) miniseries by John Byrne, in which the most badass superhero ever (trust me, I've read everything) has the same bright idea as Mr.Fry, and promptly wades into ole Adolf's heavily guarded residence, takes out a Rambo-esque number of vehicles, installations and infantry units before cheerily frying Hitler to a crisp. Many years later, OMAC regrets his actions, as the world that ensues after this becomes one of those sterile, fun-less utopias seen in disturbing movies starring Jude Law.

So maybe the old rascal served some purpose? A scary thought.
Posted by Anand Ramachandran's Evil Twin at 8:22 AM