As a prelude to Bossfight's final GOTY awards, here's our annual Zeitgeist Game of The Year, the only GOTY feature in India's mainstream press (it appeared in the New Indian Express). We're so proud, we're going to eat cookies, and strangle the ox Megan Fox wanted to murder.

Edit : Our bad on the 'only mainstream GOTY' claim - Krish Raghav points to his GoTD piece in Mint. Go, mainstream press! In ten years, there will be ONLY a gaming press - and politics, business and sports news will be BEGGING to be let in. 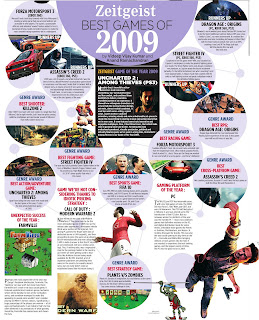 Posted by Anand Ramachandran's Evil Twin at 7:33 AM