We hate games that reward button-mashers. That's why we absolutely love Soul Calibur. The finely tuned weapons based fighting system focussed more on careful timing, maneouvering and outwitting your opponent, as opposed to memorizing senseless uber-combos and super-moves. Soul Calibur 2 raised the bar for console fighters, and looked every bit as good as it played. Plus, the XBOX version featured Spawn, who is so badass, his body is made of necroplasm. Ring Out! Um . . I have no idea why I said that.

Far Cry and Crysis showed than open-ended shooters could be made, and if you had a high-end ATI graphics card in 2004 and an 8-way Nvidia SLI setup in 2007, they could look really, really, really good. But flexible loyalties and gear-whoring aside, both were solid shooters with great replay value and modding potential. Crysis had some brilliant lag-free multiplayer (an achievement for such a graphics-heavy game) that supported 32 players. These games belong on the list, if for nothing else, their technical excellence 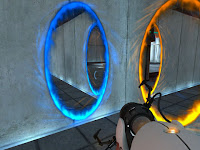 What can we really say about Portal? Other than that it was the creepiest, funniest first-person puzzler of all time? That it featured a crazed AI antagonist, GladOS, who made SHODAN seem like she was going to bake you some cookies and give you a blanket? That it had the most emotionally resonant six-sided solid object ever (move over, Rubik's cube) ? Short, sweet and completely mad, Portal is one of the most original videogames ever made, and one of those you play with a continuous silly grin on your face. 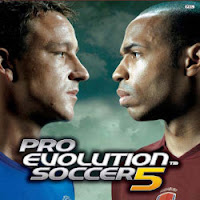 PES 4 & 5 are still the highest rated football/soccer games on Metacritic, and rightly so. PES 5 is a favourite at Bossfight (although 4 has been played the crap out of as well) for it's sheer superiority over other football games designed by chose cheeky Canadians in Vancouver. Konami showed the world that there, in fact, was alternative to FIFA and that it was probably better. So credit is due to these games for turning a one-horse race into a TWO-horse race. Note: PES was also responsible for the hiring of several Britons (including current lead designer, David Rutter) and other non-Canadian/American staff (you know, the guys who have actually seen an international sport) at EA Canada. 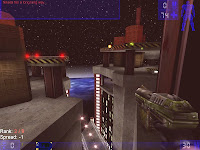 This is the game that dethroned the global church of Quake as the world's premier multiplayer shooter. It featured some of the most iconic weapons, maps and game modes seen in the genre – gamers' eyes still mist over when mentioning Morpheus, the Redeemer, the Flak Cannon and the Ripper. It showed that multiplayer could be more than just deathmatch, featured the first actually useful bots in an FPS, and is still played at LAN parties today. It also spawned the Unreal Engine, the present version of which powers many of today's best looking titles. Respect. 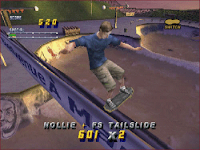 THPS did something unprecedented – it brought extreme sports into the spotlight like few other things, and made Tony Hawk a household name in . . .er . . households all over the world. THPS 2 was pretty much gaming perfection – a superbly designed learning curve, great, responsive controls, and hours and hours of addictive gameplay. It's a rare game that can appeal to people who aren't really interested in its rather esoteric subject matter, and THPS 2 and 3 did precisely that – actually contributing to the real sport the games were based on. Too bad the series went all downhill and underground after that. Pun unintended, of course. What? What? 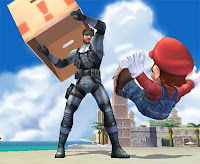 There's a Tamil world – 'galatta' – for absolute mayhem. Which is what the Super Smash Bros. Series is all about. There is no better party game. If you dispute this, then you obviously have never used Wario to fart on an opponent, and then pull a motorcycle out of your pocket and run over him when he's down, overwhelmed by the stink. Word. Plus, it features the best roster ever in a fighting game. Which other title would present Waluigi, Kirby and Solid Snake as equals? We're all for that sort of insanity. 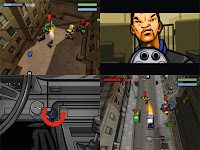 Chinatown Wars is arguably the best 'hardcore' game on the Nintendo DS. For starters, it's got 'Grand Theft Auto' written (literally, one could argue) all over it, plus there are tons of innovative DS-specific ideas and mini-games, and most significantly, a true technical achievement on Nintendo's handheld. Chinatown also reminded us that Rockstar (like Bioware, Blizzard and one other company – can't remember which) can do no wrong. The game would subsequently find its way to the PSP, but it's the DS version that stands tall at er... number 43 on this list. 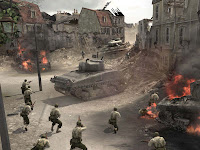 There is no game that captures the essence of World War II the way Company of Heroes does. The destructible environments, physics effects, cover system (we kid you not) and historically-accurate-yet-cinematic presentation of the campaign make CoH awesome. The multiplayer makes it phenomenal. Trust us, if you've not played a 4 versus 4 skirmish in Route N13, King of the Hill or Montargis Region, then you've not experienced PC strategy gaming at its finest. However, we must admit that the real reason why we dig CoH so much (and think it worthy to be featured on this list) is the near-preposterous attention to detail. Oh, and bundled grenades. We love bundled grenades!

Every Zelda game is a classic in its own right, but the DS' first Zelda game assumes great significance, since it came carrying a boatload of expectations. Thankfully, Phantom Hourglass didn't disappoint. Featuring a stylus-only input system, ingenious puzzles, and clever use of the DS touch screen and microphone, it showed that the Nintendo DS was not going to be deprived of Ninty's second-greatest franchise. While features like this have become gimmicky now, when we first called out to NPCs to summon them, or actually blew into the DS to blow out burning torches, we were delighted. Like kids with new cookies. What? Kids don't dig cookies anymore? Blame videogames.