Microsoft's machine had a great year, overcoming the bad press from the RROD fiasco to continue to outsell the PS3, and seeing a whole slew of stellar titles. XBOX Live continued to be the leading online service, and the XBOX Live Arcade saw some great, affordable downloadable titles go toe-to-toe with the heavy hitters in terms of quality. 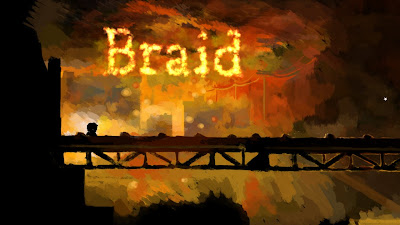 One of the surprise packets of 2008, Jonathan Blow's masterpiece featured ingenious time-manipulation mechanics, challenging puzzles, fantastic presentation, and possibly the greatest ending in any game ever. And paved the way for downloadable games on every platform holding their own against the big guns in terms of quality and gamer praise. From the makers of the very wild 'Alien Hominid', Castle Crashers surprised everyone with it's impossible cute-yet-gory graphics, and frantic co-op beat-em up action. It featured some truly hilarious character and level designs that looked like a strange mix of ideas out of Bone and Ren & Stimpy. And some Br00tal and bloody battles against some of the most intimidating bosses seen this year. And we all know how much we love Boss Fights. 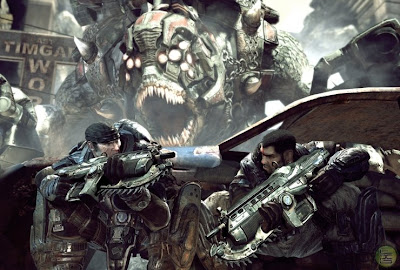 Gears of War 2 is the game that Gears of War should have been. Bigger, more hardcore and more polished than the original, Gears of War 2 is a deceptively top-notch product that stands out as one of the finest action gaming experiences in years. Look beyond the inevitable hype, beyond the idiot-fanboys online, beyond the gratuitous statements from Cliffy B, and you'll find a near-flawless implementation of the trademark run-cover-and-gun gameplay, amazing visuals, great set-pieces and a truly epic feeling of scale. Plus, Marcus and Delta are true badasses. Plus, this game features the bloodiest level of all time – it literally drowns you in blood! Best enjoyed coop with friends online. 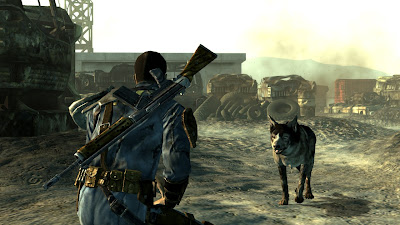 When Bethesda Softworks announced that they'd be taking over Interplay's legendary Fallout franchise, the true faithful weren't entirely convinced. They needn't have worried – Fallout 3 emerged as a stellar role-playing experience for the hardcore, featuring a post-nuclear wasteland that was amazing to explore and live in, an engaging storyline, great combat and all the trademark Fallout regulars – such as Radiation, Brahmin, and Bottle Caps, and Booze.

BossFight XBOX 360 Game of The Year 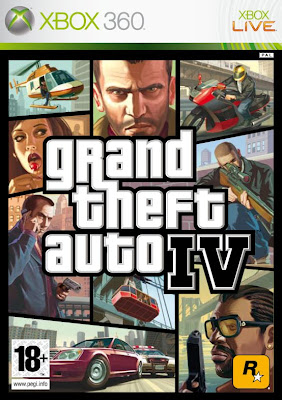 Any game that has a character like Brucie Kibbutz deserves to win GOTY on that alone – but GTA IV went beyond any game before it. Here was a title that featured the most believable, consistent and engaging gameworld we've seen so far. GTA IV takes the proven GTA formula and raises it to another level altogether – this is the future of gaming, and we like what we see. And did we mention it has Brucie Kibbutz? 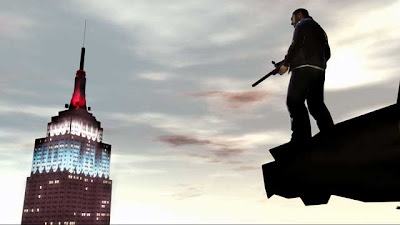 No other game we have played has succeeded in creating such a realistic, believable and interesting gameworld as GTA IV. You felt like you actually were a part of a living, breathing city that carried on with its existence regardless of your participation. You actually believed that you were Niko Bellic, making your way up the ladder in a city of hope, dreams, crime, and, naturally, stunt-driving. The brilliant writing, hollywood-class dialogues, great story and complex situations drew you in to Liberty City, until you obsessively played and played and played. 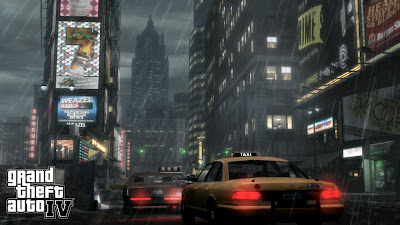 The sheer amount of content that was created by Rockstar in order to make the gameworld plausible and coherent is nothing short of mind-boggling. You'd see references to products, people and services scattered through the game – an ad on radio, and appearance on TV, a billboard while you were driving by, in conversations with other characters. A cabbie would pick up a random conversation with you. Random pedestrians carried on their own phone conversations. You could walk into a club and see Ricky Gervais perform a stand-up act. You could call a friend, go drinking at a bar, get drunk, crash your bike while trying to outrun cops, and put your buddy in hospital. You could just sit and surf the in-game Internet. And all of this is purely incidental to the plot and the main game – you don't have to pay attention to any of it if you don't want to.

Another of this year's major blockbusters, Metal Gear Solid IV, was roundly celebrated for taking storytelling in videogames to a higher emotional plane. But the important difference is that MGS IV is like starring in your own movie, while GTA IV is like living in another world. And, in our opinion, the former is a game with next-gen production values. The latter is a next-gen game, period.