2008 for the DS was a little unusual. Instead of the usual top-rung Nintendo properties ruling the roost, it was the third-party titles that truly drove the platform's reputation for innovative games this year. Importantly, the DS finally made its way, albeit quietly, into Indian store shelves. Sadly, the available games library is yet to catch up, with most of us depending on assorted imported goods stores for quality titles. IN fact, we're ashamed to admit that it took us months to get a copy of Professor Layton and The Curious Village, and we still haven't played one of the year's best titles, The World Ends with You, because we couldn't get our hands on a copy.

But still, it was another year that made us happy to be DS owners, with great games and important technological advances that make us look ahead to 2009 with great anticipation. 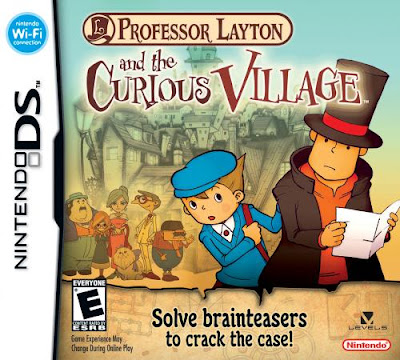 Professor Layton and the Curious Village

Beautiful cartoon graphics and some great puzzle design made this puzzler one of the standout DS games in 2008. A great handwriting recognition system, and completely stylus based controls made it a pleasure to play, and, with 135 challenging puzzles in all, and an oddly cute story involving murder and crime, Professor Layton is a must-play for DS owners 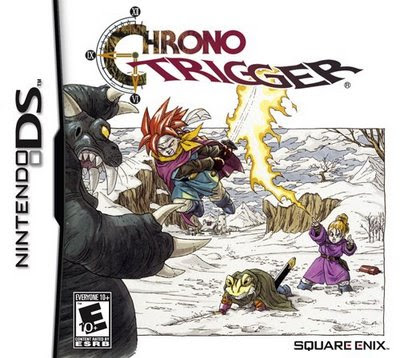 Yes, it was a pretty faithful remake of one of the greatest games ever made. Chrono trigger really didn't offer any exciting DS specific features, but hey, you don't fix what ain't broken, right? This admirable principle results in Chrono Trigger being one of the best DS games of the year, but then, it would have been on any platform it might have been released for. Youngsters who have no idea what Chrono Trigger is, play this game. That's an order.

BossFight DS Game of The Year 2008 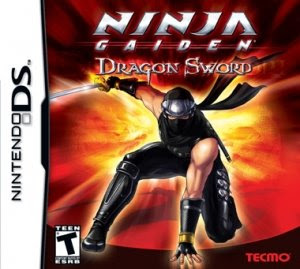 When Tecmo announced that they were bringing their popular Ninja Gaiden Franchise to the DS, eyebrows were raised. How could a series known for stunning graphics and fast, furious hardcore gameplay make the transition to a platform not known for such games. Turns out that there was no need to worry. Ninja Gaiden : Dragon Sword is a revelation on the DS, that somehow manages to keep the series' reputation intact in every way. Amazing graphics and fast, visceral combat make this an important game to show the way forward for hardcore action games on the DS. It demomstrates how stylus-only controls can be implemented without compromising the gameplay, and here's hoping that other developers take Tecmo's lead.

You could argue that Castlevania or Chrono Trigger were superior games to Dragon Sword, and you may even be right. But these games don't really make use of the DS control scheme and features in anything other than the most superficial way. Dragon Sword, on the other hand, showcases the DS touchscreen controls in the best possible way - by being a stellar game that wouldn't be possible to implement on any other platform. It was a pleasure to control Master Ryu Hayabusa, leaping, blocking, dodging and slashing with furious ease. The ninpo system was also fun to play with. And, importantly, the control scheme was not merely a novelty that wore off after a few levels - it soon became second nature, and very much an integral part of a wholly unique gaming experience. It also helped that Dragon Sword is easily the most visually impressive DS game to date, featuring production values that many wouldn't have thought possible on the system.

Ninja Gaiden : Dragon Sword does the DS a great service in demonstrating the platform's suitability for hardcore titles, as well as showing the way for control schemes that make use of the touch-screen to find newer, and I daresay better, ways to play. For that alone, it wins BossFight's DS Game of the Year ahead of some truly heavyweight competition.
Posted by Anand Ramachandran's Evil Twin at 11:39 PM