Bossfight India Game of The Decade : The Top 10

Yeah, Rock Band got the whole 'band' thing going, but it all started with the 'Guitar Hero' franchise. Developer Red Octane captured the instinctive 'air-guitar' reflex shown by rock fans all over the world, and gave gamers the opportunity to play out their rock fantasies. A few years on, entire virtual bands are performing virtual concerts online – who knew that gaming could take on such a cool new direction. Now we have 'Rock Band', 'Band Hero' and 'DJ Hero' – looks like the fun isn't going to stop anytime soon. 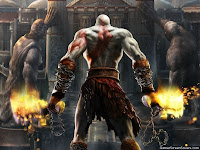 We're not going to say much about God of War, because talking about it makes us want to play it all over again. And there's so much work to do. One line should do it : Kratos plus brutally violent gameplay that a thousand games try to copy plus the biggest and most badass boss monsters plus incredible graphics equals awesomeness max. There. 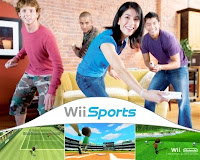 The largest selling console of this generation couldn't have done it without its iconic bundled title, Wii Sports. It's a tribute to the game that, for most people, it's synonymous with the console itself – they don't even know it by name. Millions of households were madly swinging their wiimotes trying to play boxing, tennis and golf – and gaming was never the same again. In fact, for a long time, Nintendo struggled to sell other games for the Wii - people were that satisfied with Wii sports.

7. Prince of Persia : The Sands of Time 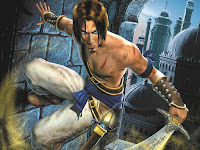 Jordan Mechner's original Prince of Persia featured the most fluid, realistic animation seen in gaming during the early days. Decades later, Ubisoft continued the legacy with Prince of Persia : The Sands of Time – a 3-D reboot of the series that remains one of the most influential games in recent memory. This was the game that featured the death-defying leaps, hanging off ledges, wall-running and vaulting that you see in Assassin's Creed, InFamous, Uncharted and hundreds of other games today. 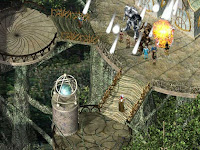 Baldur's Gate 2 was a staggering achievement when it appeared – giving gamers a hardcore, high fantasy role-playing experience on an unprecedented scale (in fact, it has only been matched by Bioware's own Dragon Age : Origins earlier this year). The Bhaalspawn storyline is one of the finest fantasy stories ever written, not just in gaming, but in any medium. The spontaneous interactions between the NPCs, the romances and the personal NPC side quests sowed the seeds for the making believable NPCs – the influence of which can be seen in games as diverse as Gears of War, Uncharted 2 and Mass Effect. Even nine years after it was made, BG2 remains one of the finest games ever made, and unsurpassed in many ways as a fantasy role-playing experience. 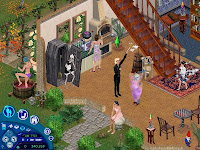 When Will Wright says that people will play a game about ordinary people gardening, cooking, taking leaks and talking on the phone, you should listen. Luckily for us, EA did precisely that. The result? Only the largest selling PC game franchise of all time. The Sims not only attracted hordes of non-gamers and brought them into the fold, it showed how you could make tons of money by releasing periodic expansion packs. It also pioneered user-generated content in PC gaming – people could create their own items, screenshots and even movies – and share them online. 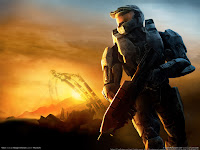 Microsoft exploded into a sceptical gaming industry, and muscled their XBOX brand into Sony's and Nintendo's turf. The fact that XBOX is now battling the traditional console giants for supremacy is due in no small part to their Halo franchise –arguably the greatest and most influential console shooters of all time. The Master Chief and his marines had millions of gamers enjoying Bungie's '60 seconds of fun – over and over again' formula – and selling XBOXes by the truckloads. Halo also showed the world how to do online multiplayer on a console, and has become one of gaming's premier franchises in a very short span of time. 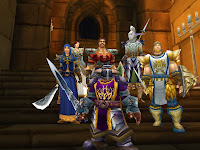 More people play 'World of Warcraft' than the entire population of Sweden. When Blizzard took the popular Azeroth universe from their blockbuster 'Warcraft' strategy series, and decided to create a persistent, massively multiplayer role-playing world, people wondered whether it would dethrone Everquest as the king of MMOGs. Thanks to superb game design that perfectly balanced accessibility and challenge, a great questing system, fantastic presentation and Blizzard's renowned penchant for delivering visceral, exciting gameplay, Everquest was dealt a 'permanent death'. And six years later, there isn't a single game that can challenge WoW's supremacy among MMOGs. 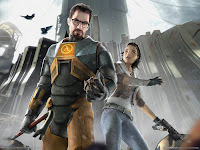 Valve's seminal first-person shooter Half Life 2 remains one of the most critically acclaimed and commerically successful game ever made. Every first-person shooter is essentially an against-all-odds, one man against hordes of enemies experience – and no game delivers the tension, the excitement and the payoff as well as Half-Life 2, in whic you happen to be a bespectacled scientist with a happy knack for saving the universe with an assortment of the coolest weapons ever made (Yes, Gravity Gun, here's looking atcha, kid.). Half-Life 2 packed some of the best level design and greatest set-pieces in the FPS genre, and proved that you don't need other-planetly systems to run great looking games. Unlike that other FPS that begins, rather appropriately, with 'Cry'.

Grand Theft Auto 3 heralded a new era in videogames – featuring open-world exploration, great storylines, terrific acting, and completely insane, over-the-top action. The games also featured a morally ambiguous world which made you empathize with, and even glorified gangsters, drug-dealers and criminals. Vice City and San Andreas took the storytelling element even further, featuring some of the most believable, immersive worlds seen in the history of gaming. Last year's GTA IV was, for us, a signpost to the future of gaming. It was an immensely detailed experience that you didn't merely play – you LIVED through it. No two gamers will tell the same story of their experience with the GTA series. In addition to perhaps featuring the best creative work – game design, animation, writing – in gaming, the GTA series is also known for its technical brilliance, featuring top-notch physics, flawless graphics that make the gameworld come alive, and tying together so many diverse gameplay elements to deliver a coherent, beautiful gaming experience. In which other series would you have in-game TV channels and radio stations that were actually better than most drivel you get in the real world? In which other series could you get drunk at a comedy club, get chased by cops, and finally evade them by making an acrobatic motorcycle leap over a river? In which other series could you go to an in-game cyber cafe and randomly surf porn? And in which other series would any of the previously mentioned things be completely peripheral to the main game? The Grand Theft Auto series represents the pinnacle of achievement in game creation – marrying intricate and immersive gameworlds, top-notch presentation and addictive, diverse gameplay elements that remind us that, above all else, games should be fun. For that, and selling a gazillion copies and spawning off a skazillion clones (many of which are great games in their own right), the Grand Theft Auto series sits atop the pile, as Bossfight India's Game of The Decade.

Posted by Anand Ramachandran's Evil Twin at 9:45 AM