DMK Supremo M.Karunanidhi and actor-turned -politician Vijaykanth have expressed their great relief and happiness at their sworn enemy J.Jayalalithaa's return to power in the 2016 Tamil Nadu assembly election - mainly because their key election promise of implementing prohibition in the state will now not be necessary.

"Thank God. If we had won the election then we would have eliminated the scourge of alcohol from our beloved Tamil Nadu by enforcing total prohibition throughout the state. Our commitment to eradicate and stamp out this social evil would have been terribly inconvenient for us - forcing us to source all our 'sarakku' from Pondicherry or Bangalore. So it's a good thing Jayalalithaa won." said a visibly relieved Karunanidhi, speaking to a gathering of mildly bewildered reporters.

"I am also happy that we don't have to do all of that mild Photoshop work to correct all those "AMMA" branded products as "ANNA" branded ones as we had planned to if we came to power. I hate fonts." he added. The DMK chief also apologised to all the DTP operators for the loss of work. "You can all go back to needlessly refreshing your desktops multiple times every now and then", he advised. 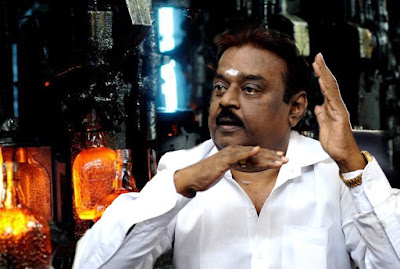 "We want to clean up the state and make it safe for women and families. So we swore to enforce prohibition, dismantle all the TASMAC liquor stores and make Tamil Nadu decent and middle-class",  he added. " We really didn't think it through. Other than the second one, all the others are pretty bad ideas", he admitted.

"Anyway, I'm glad that I can finally stop pretending to be sober and peacefully get hammered while doing odd-looking Yoga poses" said the former star of Virudhagiri, Vaanchinathan, Vallarasu and many other films beginning with V for Vendetta by Alan Moore and David Lloyd KKG number sorry about that. 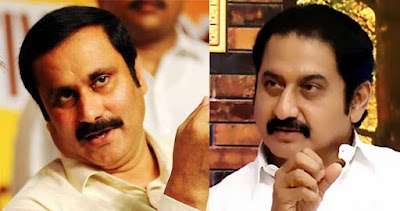 
"Hey! It was my idea!" said an agitated Dr.Anbumani Ramadoss. "Now that the people of Tamil Nadu have emphatically voted to protect their right to drink second-tier liquor brands in hot, smelly bars or in front of grimy TASMAC shops, I accept and abide by their decision. The PMK party and I personally will work hard to diligently drink brands such as Old Key, McLene and Capton in dimly lit areas in and around TASMAC outlets in mildly shady neighbourhoods. That's what the people want", he said calmly.

"No. I don't @#$%ing look like the actor Suman! WTF are you on about?" he suddenly snapped at someone in the audience, before leaving angrily, shaking an expensive but unused pen in the general direction of the secretariat.

While groups of jubilant AIADMK supporters were thronging various locations around the state, one strange gathering of middle aged men and women were seen marching along the streets of Chennai, shouting strange slogans such as "Win or Lose, We Will Booze!", "Jayalalitha is bringing pubs!" and "Indian Tent, Cactus Lizard, Indian Tent and Ovo". For some reason.

Posted by Anand Ramachandran's Evil Twin at 4:35 AM