What is wrong with you, South India?

I sometimes randomly Google things to see what turns up. It's fun.

Last week, I Googled for 'South Indian Stud'. This is what turns up :

(Please click on all the pics in this post and view the larger images. Totally worth it.)

I mean, seriously? No Dr.Mr.Joseph Vijay Saar ? No Power Star of any sort? No Sidin Vadukut? Ridiculous.

To compare, I next Googled 'North Indian Stud'. Only marginally better, but better. At least one bona-fide stud, and two passable ones. I'll leave you to figure out which ones exactly those are. 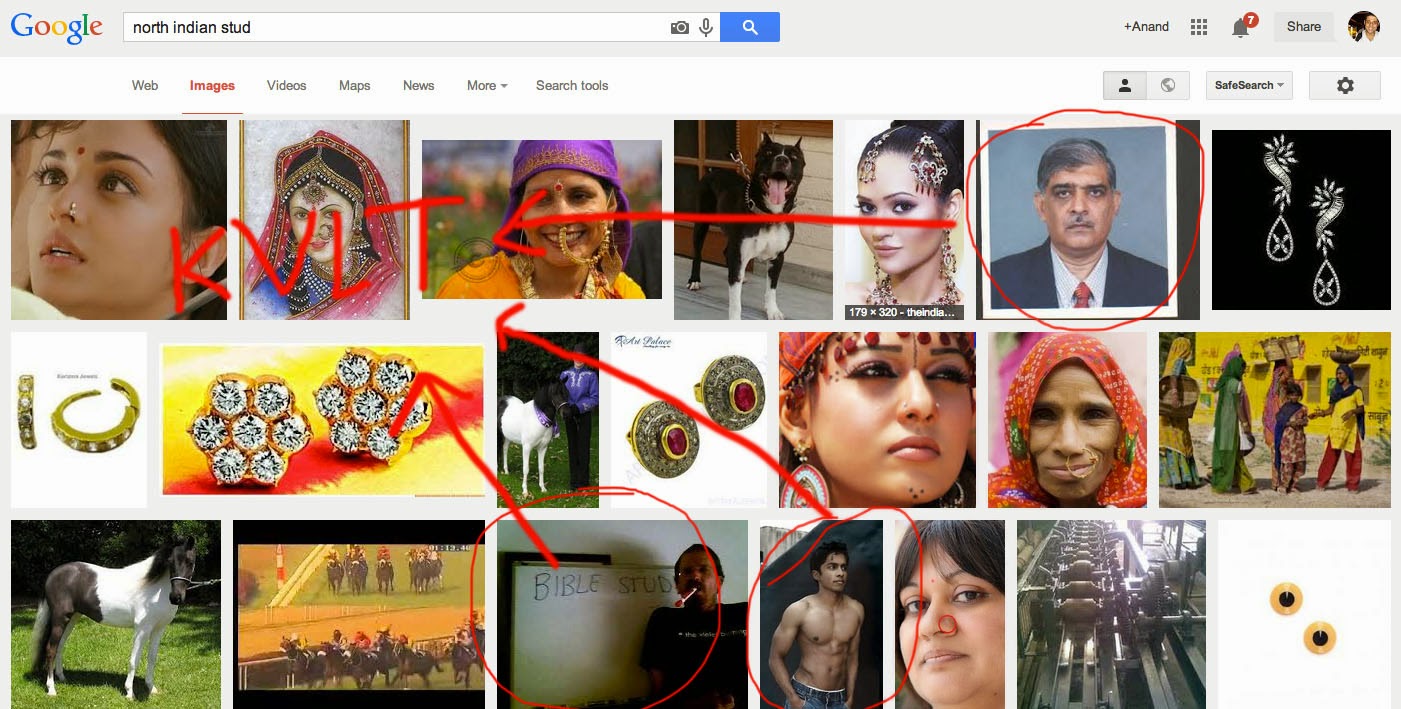 Next, as suggested by the admirable Devadittya Banerjee, I Googled an image search for 'Tamil'. Here's what I got :

Surely only my home state couldn't be so pathetic. I needed to know. So I Googled for all the other three major South Indian languages.

Telugu again shows up only chicks, one random guy, and some suggested searches that all seem to be about something called 'Lanjalu'. The one colleague I asked for a translation assured me that it isn't something pleasant. Sigh.

Malayalam again stays with this pattern. Full chicks. But at least some balance is restored by Lalettan, Mamootty and some dude called Dileep. But no Sidin. Suggested categories indicate that Mallus dig something mysterious called 'Scrap'. Three of the categories are 'Scrap', 'Comedy Scrap' and 'Scraps Friendship' - whatever those mean.

So far, so good. I sighed in relief. Not only Tamil Nadu, but all other states are the same. Thank God.

And then something happened. I Googled for 'Kannada' :

WTF??? It's all about the language! All the images show the script. The suggested categories are about the state - logo, Rajyotsava, and so on. Even the 'Love' here is 'Language Love'. The only image of that couple smooching is an aberration, a blemish on this beautiful search results page.

I was filled with a new respect for my current home.

But wait. Perhaps Karnataka is the exception. Surely, other Indian states will revert to the pattern established by Tamil, Telugu and Malayalam.

For what it's worth, I tried with other languages from all over the world as well.

(Except Karnataka. You're okay).

Posted by Anand Ramachandran's Evil Twin at 4:06 AM