Here - a special sneak preview of a project I'm working on for the Centre for Internet and Society, Bangalore.

It's a 100 page comic book on IP rights, copyright, piracy and all that jazz. It features futuristic technology, mind-altering gadgets, laser-blasters, doors that open vertically, conspiracies, jailbreaks and lots of more cool stuff. Starting next week, it will be serialized on the CIS web site, and this blog will act as a companion site, where I'll put up rough sketches, scripts and general background information.

The idea is to throw light on lots of issues surrounding intellectual property, patents, copyrights and trademarks, accessibility of content and technology, open standards and the like.

So, in the spirit of open-source, I'm going to invite anyone interested to collaborate on the project. Initially, I'm asking for suggestions for a name for the book. As we go along, anyone will be free to take the characters, situations and worlds I create, and run off in interesting new directions, creating back-stories, additional content to flesh out the universe, short strips - whatever.

Do pitch in with comments, suggestions and the like. 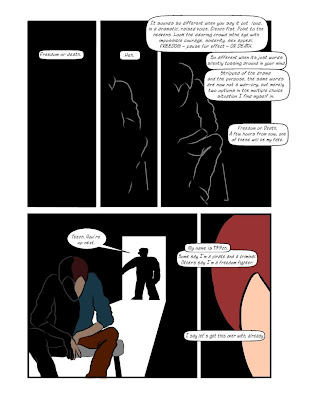 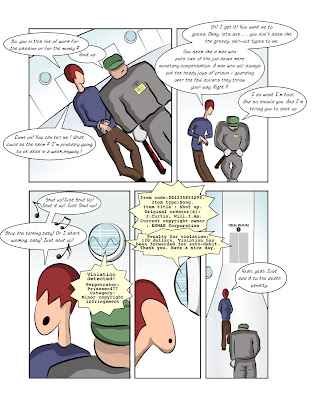 Posted by Anand Ramachandran's Evil Twin at 7:19 AM