Stop playing with yourself !

It's always been more fun playing videogames with or against human opposition than against computer controlled foes.

In fact, the very first computer and videogames, such as Space- War and Pong were multiplayer only — you needed two people to play the games. It can hence be argued that electronic gaming was born as a social activity. 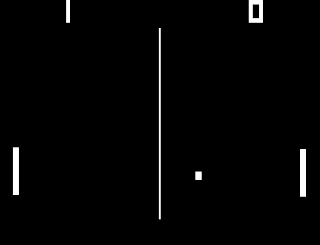 Who says Quake 3 started the multiplayer-only trend in videogames?

However, as computing power grew cheaper, and more powerful technology was available to run videogames, game developers worked on creating more compelling content, more sophisticated gameplay, and the like. Of course, the adventure genre propelled PC gaming to great heights, and this was a predominantly single-player genre. Hence, the entire industry began focussing on creating great single-player experiences.

However, practically every game on early consoles such as the ATARI 2600 had some multiplayer option. Some featured a tacked on multiplayer aspect, where players would simply take turns to beat each other’s high score (this sounds dull, but entertained hordes of gamers back in the day). 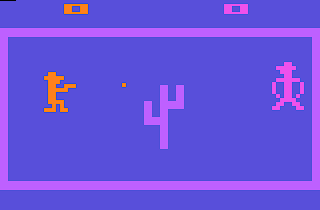 Deathmatch. Waaaaaay before DOOM. 'Outlaw' on the ATARI 2600

However, some games such as Outlaw and Combat were true-blue deathmatch experiences, which you must try even today to see how much fun they were. Of course, sports games were also always better when played against a friend.

Of course, the FPS (Doom) and RTS (C and C, Warcraft) genres then revived multiplayer gaming with such great success that for the hardcore set today, multiplayer is the only thing that matters.

In fact, for several years in the Nineties (in the wake of the amazing success enjoyed by Quake, Unreal Tournament, and Warcraft 3), many companies considered releasing multiplayer only titles, forgoing a single player campaign altogether.

Thankfully this never happened, and the single player experience, helped by stellar titles such as Grand Theft Auto, Bioshock, and several Role-Playing classics, continues to thrive.

But there is no doubt that multiplayer gaming will eventually be the dominant play mode — across genres and platforms. Just look at the evidence — MMORPGs such as World of Warcraft, City of Heroes and Warhammer Online are far more successful (and profitable), than most single-player oriented games.

Even on the console, hitherto a single-player stronghold, online services such as Xbox live and PlayStation Network are drawing more players online. Even when they play single player, people compete against their friends to rack up higher scores and better “Achievements”. It’s simply more fun having other people around.

In fact, some of my best memories of gaming involve a whole bunch of guys hunched around a single computer, cooperatively playing Myst, a purely singleplayer game. By converting it into a social experience, we enjoyed it so much more. This is even truer in the casual space — where games such as Scrabulous got complete strangers playing against each other on Facebook. The number of people playing classics such as Chess, Reversi and Scrabble against human opponents over the Internet is staggering — and these aren’t hardcore gamers. They’re just people who’ve discovered that a human foe is far more satisfying to beat than some artificial intelligence programme.

If you’re one of those single player loyalists (such as one recent convert I know), try some multiplayer gaming for a change.

Whether it’s Halo or Team Fortress online, or just some online Chess or Scrabble, you’ll instantly see what I mean.

Argument Starter: Worms 2 is the best multiplayer game ever.

Now it's your turn.